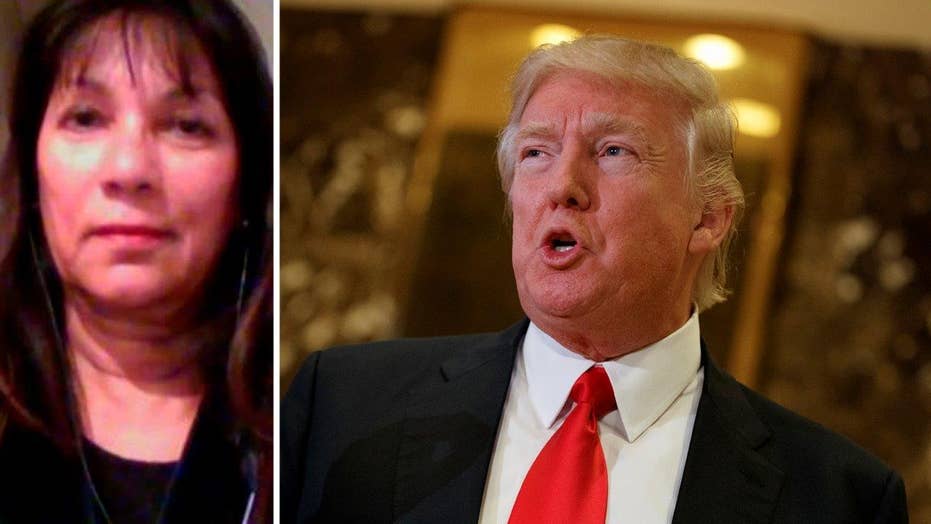 The White House said Wednesday it was trying to intervene on behalf of a former CIA agent facing imminent extradition from Portugal to Italy for her alleged role in a counterterrorism operation authorized by the U.S. government some 14 years ago.

Sabrina De Sousa, a former CIA case officer, was detained Monday in Portugal and is awaiting extradition to Italy and four years in prison for the 2003 abduction of a suspected terrorist living in Milan.

The operation was part of the CIA's "extraordinary rendition" program -- and one De Sousa says she was not involved in.

De Sousa faces prison time in Italy for her role in a CIA interrogation.

"The highest levels of our government are trying to intervene on her behalf," a White House official told Fox News.

"The U.S. government's view is that this [conviction] was a violation of her diplomatic status," the official said. "We're very concerned and following the case closely."

"We are deeply disappointed in her conviction and sentence."

The State Department said earlier Wednesday it was "deeply disappointed" over the extradition order but declined to elaborate on its discussions with officials in Portugal and Italy.

If extradited as planned, De Sousa, who no longer works for the agency, will be the first CIA officer and U.S. diplomat imprisoned over the controversial rendition program.

De Sousa, 61, was working in Milan as an undercover CIA officer in 2003 when U.S. and Italian intelligence agents abducted radical Egyptian cleric Osama Mustapha Hassan Nasr, also known as Abu Omar, and transported him to his native Egypt for interrogation.

Phone records obtained by Italian prosecutors corroborated De Sousa's claim that she was some 130 miles away in Madonna di Campiglio, Italy, chaperoning her son's school ski trip, on the day Omar was abducted. Still, Italy brought "broad charges" against her for a plot she says she had no direct part in.

The abduction was part of the controversial program, implemented under President George W. Bush, and entailed taking terror suspects to countries where torture is allowed. Omar -- who turned out to be a "nobody," according to De Sousa -- was held at an American military base in Germany before being flown to Cairo, Egypt, where he says he was tortured.

He was soon released from prison for lack of prosecutable evidence against him.

In 2009, De Sousa, along with 25 other Americans, was convicted in absentia on kidnapping and other charges related to the abduction. Several were since pardoned and not one has done time in prison. The Italians also convicted Omar in absentia of "criminal association for the purposes of international terrorism" and sentenced him to six years in prison.

De Sousa described herself as a "scapegoat" for a program authorized by officials at the highest levels of U.S. government.

The former agent, who spent the night in a women's prison near Lisbon after a Portuguese court ordered police to extradite her, said she had hoped President Trump would intervene on her behalf.

"[The Italians] said, 'She was responsible for planning and without her OK, it never would have happened,'" De Sousa told Fox News last month. "And this came third-hand from someone who told an Italian intelligence officer."

"We are being convicted for decisions made for which we had no input at all," she said. "Nobody wants to look any higher, and this is the best way to deflect attention from anyone else."

The former spy, who was born in India and holds both American and Portuguese passports, left the CIA in 2009 and moved to Portugal in April 2015 to be near family.

In October 2015, she was detained at Lisbon's airport on a European arrest warrant while attempting to travel to India. She was later released but ordered to remain in Portugal.

The series of events that followed amount to an international legal nightmare.

Italy first sought extradition of De Sousa with the guarantee of a retrial or appeal with new evidence, acknowledging she had been tried in absentia. Based on these guarantees, the Portuguese courts agreed to extradite.

But in June 2016, Italy sent Portugal a letter saying De Sousa's conviction was final, and no retrial would be granted. In a move that shocked De Sousa and others in the intelligence community, Portugal's high court ordered her immediate extradition.