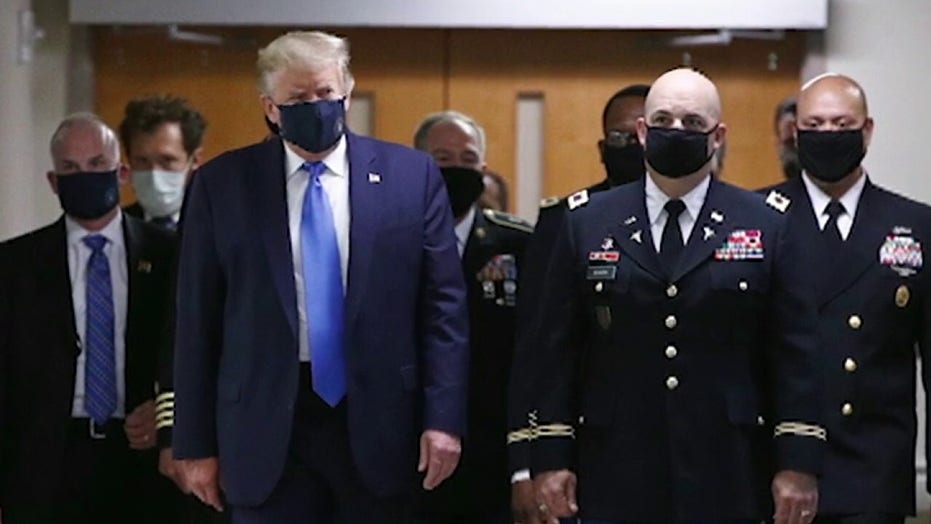 President Trump is “doing very well” and has no difficulty breathing, his medical team said Saturday -- although a senior administration official warned that the next 48 hours will be "critical."

White House physician Dr. Sean Conley and other members of the medical team briefed reporters on Trump’s condition. Conley said they were “extremely happy with the progress” Trump is making.

"This morning, the president is doing very well," he said.

However, a senior administration official told Fox News that on Friday morning, Trump was showing troubling signs of a possible progression from mild to more severe form of the disease.

The official said that medical professionals moved quickly and decided to transfer the President to Walter Reed out of an abundance of caution over what was seen as a very concerning trajectory of disease progression.

“Twenty-four hours ago, there was real concern about the President’s vitals," the official said. "For the past 12 hours, there has been zero concern.”

The official added: “Early indications are for an extremely good prognosis - but the next 48 hours will be critical.”

TRUMP TESTS POSITIVE FOR CORONAVIRUS: HERE'S WHO ELSE IS POSITIVE

At the press conference, Dr. Sean Dooley said that cardiac, kidney and liver functions are all normal, that Trump is not on oxygen and is not having any difficulty breathing or walking.

He quoted Trump as saying: “I feel like I could walk out of here today.” Separately, Dr. Brian Garibaldi described Trump as being in "such great spirits."

The doctors also said Trump had been fever-free for 24 hours, and that symptoms of a nasal cough and fatigue had all “resolved.” However, they did not give a date for when Trump may leave the center.

Conley reiterated that Trump had received an antibody cocktail, as well as zinc, Vitamin D, famotidine, melatonin and a daily aspirin. He also said Trump was taking a five day course of Remdesivir.

Conley caused some confusion on Saturday when he said they were "72 hours into the diagnosis," suggesting that Trump was actually diagnosed on Wednesday. However, he later clarified in a memorandum that he meant to say it was "day three" of the diagnosis -- since Trump was diagnosed on Thursday. 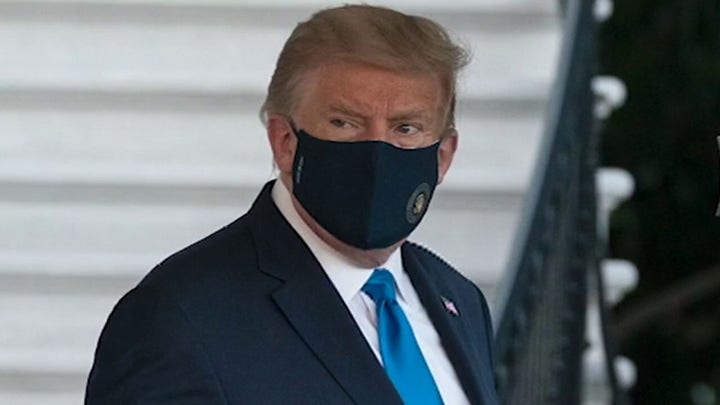 Separately, he said that Trump had received the antibody cocktail "48 hours ago" when he meant to say "day two."

"The President was first diagnosed with COVID-19 on the evening of Thursday, October 1st and had received Regeron's [sic] antibody cocktail on Friday, October 2nd," he said.

Trump was moved to the medical center later Friday after suffering symptoms that the White House described as mild. Mrs. Trump, meanwhile, was described as "doing great" on Saturday by the medical team.

Trump, meanwhile, praised the staff at Walter Reed in a tweet, and said he is "feeling well."

"Doctors, Nurses and ALL at the GREAT Walter Reed Medical Center, and others from likewise incredible institutions who have joined them, are AMAZING!!!" he tweeted. "Tremendous progress has been made over the last 6 months in fighting this PLAGUE. With their help, I am feeling well!"