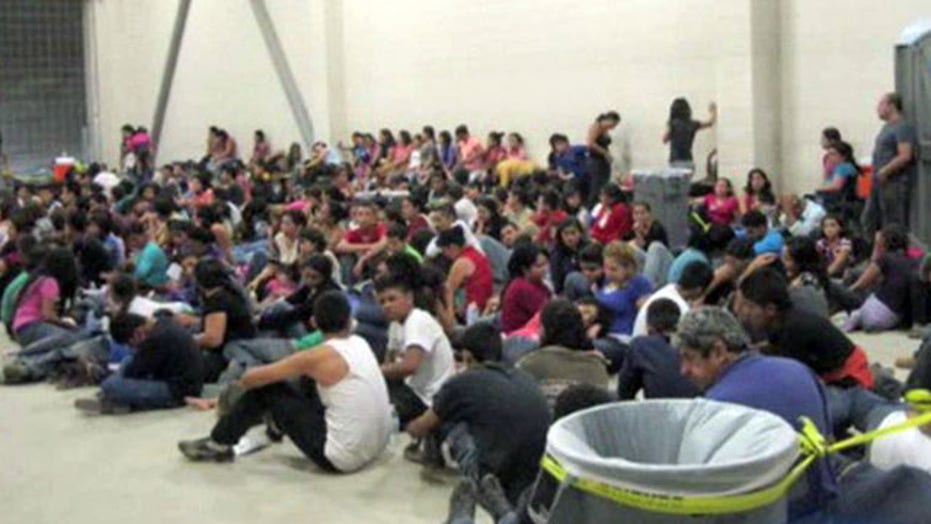 The Obama administration is under fire for honoring a group of young adults who entered the U.S. illegally as “role models” in a Tuesday ceremony, amid a recent surge of children crossing the border that lawmakers say is becoming a “humanitarian crisis.”

The White House event honored ten young people who are Deferred Action for Childhood Arrivals (DACA) recipients, an administration program that allows illegal immigrants who entered the U.S. as children to live and work in the country for two years and can then be renewed.

The White House said the DACA recipients being honored are “success stories.”

A spokesman for the National Border Patrol Council, though, told Fox News Tuesday that celebrating illegal immigrants in this way minimizes the sacrifices Border Patrol agents have made to keep the border secure.

“Today’s event at the White House is a real slap in the [face] to Border Patrol agents who risk their lives every day to protect this country from drug smugglers, cartels and illegal aliens who are attempting to break the laws of the United States,” Shawn Moran, the vice president of the National Border Patrol Council, said.

Outrage has swirled around the Obama administration’s immigration policies in recent weeks, amid a wave of unaccompanied children crossing illegally into the U.S. that lawmakers and administration officials have called a "humanitarian crisis."

Federal authorities say their budgets to police the borders have been strained as illegal immigrants – mostly women and children – from Central America cross the border. Federal officials have lately been transporting hundreds from overburdened facilities in Texas to Arizona and other states.

The co-founder of the Tea Party Patriots said the Obama administration’s choice to honor illegal immigrants in this fashion is “beyond comprehension” when dealing with such a surge.

“At a time when we already have an uncontrollable flood of people illegally entering the United States, President Obama’s decision to hold a White House ceremony honoring illegal immigrants is going to make a bad situation worse,” Jenny Beth Martin said.

The White House event was part of the administration’s “Champions of Change” program, which highlights people doing “extraordinary things to empower and inspire members of their communities.”

Katherine Vargas, the White House's Director of Hispanic Media, confirmed to FoxNews.com Tuesday that the event took place, and that it was held to coincide with the two-year anniversary of the DACA being implemented.

In a statement Monday, the White House said the DACA recipients being honored are “success stories and role models in their academic and professional spheres."

“This event will showcase these inspirational young leaders and highlight the importance of providing talented young people with the opportunity to realize their full potential,” the statement said.