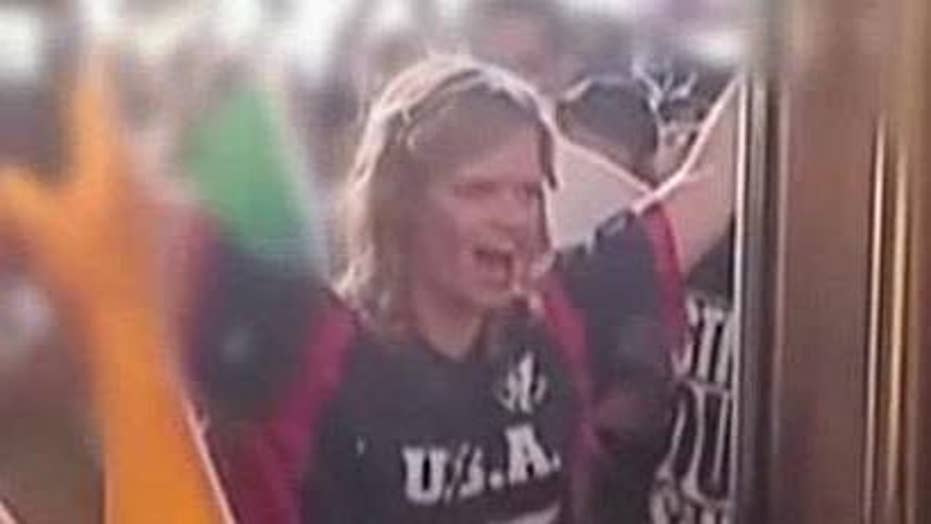 An editor with the website Vox was suspended Friday for a series of tweets encouraging protesters to "start a riot" at Donald Trump rallies – shortly after the Republican candidate's supporters were attacked outside a San Jose rally the night before.

"We welcome a variety of viewpoints, but we do not condone writing that could put others in danger,” the site's founder, Ezra Klein, said in a statement announcing the suspension of Emmett Rensin.

Rensin, deputy editor for the site's first-person section, had taken to Twitter as reports first emerged of the chaotic scenes Thursday night outside the California rally, where protesters confronted supporters of the presumptive GOP nominee as they departed. Supporters were punched, and one woman was seen on film being hit with an egg and other trash.

Rensin tweeted that it's "never a shame to storm the barricades set up around a fascist."

His suggestion was followed by a series of similar statements.

Several bloggers, including Ed Morrissey of the conservative Hot Air, criticized Rensin’s comments, but it was not until Friday afternoon that Klein chimed in. A frequent commentator on MSNBC, Klein left his position as a Washington Post columnist to start Vox in 2014.

In announcing Rensin's suspension, Klein asserted he welcomes debate, but that “direct encouragement of riots crosses a line between expressing a contrary opinion and directly encouraging dangerous, illegal activity.”

Meanwhile, Trump commented on the San Jose chaos during a rally Friday afternoon in Redding, Calif., calling some of the protesters "thugs."

Rensin continued his tweet-storm well into Friday morning, while clarifying and defending his position.

He wrote: “I wonder how many of the people beside themselves about anti-Trump riots have called for armed revolt against Obama in the past 8 years?”