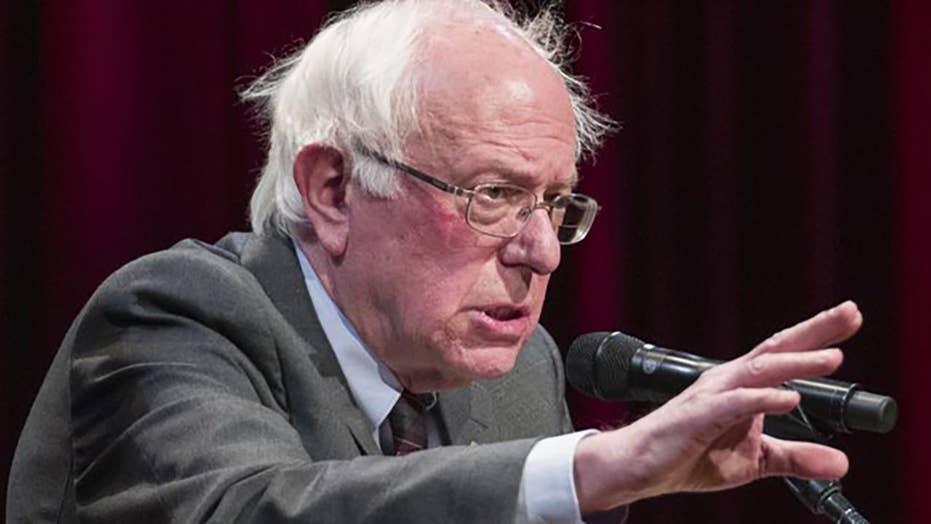 The Vermont senator is launching a second presidential bid after failing to secure the Democrat nomination in 2016.

Sen. Bernie Sanders, I-Vt., announced Tuesday he will make another bid for president by entering the already crowded 2020 race, as he tries to rekindle the grassroots energy from his 2016 primary run against Hillary Clinton.

Sanders made the announcement in an interview with Vermont Public Radio, followed by a web video and email to supporters.

While blasting President Trump as a "pathological liar," Sanders said in the radio interview he's running to pursue policies like universal health care and a $15 minimum wage. His challenge this time, however, will be standing out in a field of candidates who largely have adopted the big-government policies he championed three years ago.

The Republican National Committee cited his influence on the field's present-day policies in blasting his announcement. "Bernie Sanders is a self-avowed socialist who wants to double your taxes so the government can take over your health care. The vast majority of voters oppose his radical agenda, just like they are going to oppose all the 2020 Democrats who have rushed to embrace it," RNC Spokesman Michael Ahrens said.

Sanders, a progressive populist who identifies as a democratic socialist, put up a serious fight against Democratic contender Hillary Clinton in the 2016 primary.

He joins a field already that already consists of top Democratic Sens. Elizabeth Warren, Kamala Harris, Amy Klobuchar and Cory Booker. And two of the most progressive lawmakers in the Senate – Sherrod Brown of Ohio and Jeff Merkley of Oregon – are also seriously considering presidential bids. Merkley was the only senator to endorse Sanders in 2016. Another progressive, Rep. Tulsi Gabbard of Hawaii – who also backed Sanders’ first White House bid – is also in the race.

Sanders, 77, has had to deal in recent months with a sexual harassment and mistreatment controversy stemming from his 2016 campaign staff, which elicited apologies from the senator.

But Sanders still enjoys widespread name recognition and strong support from progressives across the country. In New Hampshire, which holds the first primary in the race for the White House, a steering committee of top supporters of his 2016 campaign continues to meet on a monthly basis.

While many of those Granite States supporters will stick with Sanders, some are eyeing other candidates. And the state will be considered a "must win" for Sanders, as well as for Warren, who comes from neighboring Massachusetts.

The senator also slammed Trump, telling Vermont Public Radio that "I think the current occupant of the White House is an embarrassment to our country."

"I think he is a pathological liar,” he added. “I also think he is a racist, a sexist, a homophobe, a xenophobe, somebody who is gaining cheap political points by trying to pick on minorities, often undocumented immigrants."

Sanders spread the news of his announcement through an email to his supporters nationwide. And he conducted a national interview with CBS News. Asked what would be different the second time around, he answered that this time, “we’re going to win.”