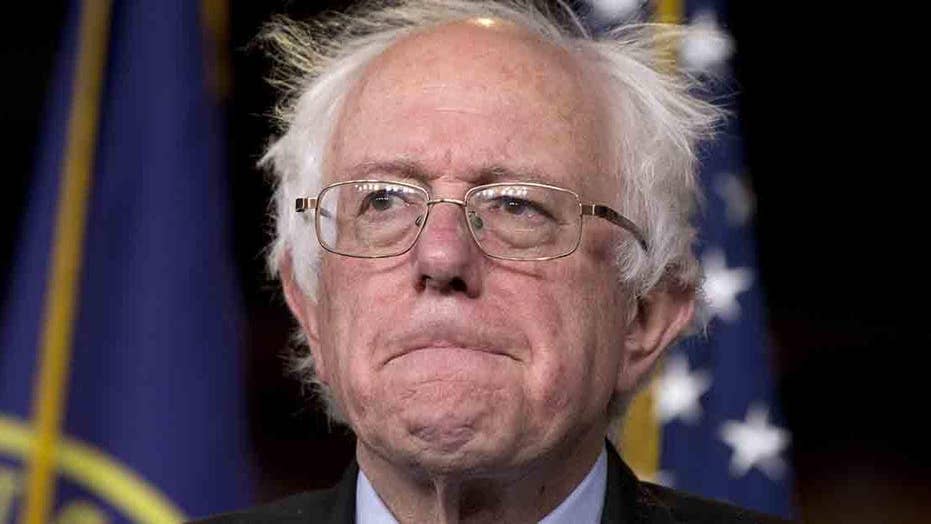 The political world barely raised its eyebrows when news broke that Vermont Senator Bernie Sanders, I-Vermont, had recorded a video announcing his 2020 presidential campaign. Normally, last time’s runner-up nominee of a major political party – someone who won 12 million votes and raised more than $230 million dollars – preparing to mount another White House bid would be a momentous event.

To be fair, Sanders’ actual launch will get more fanfare. But why the collective yawn around news of his imminent candidacy? For one thing, presidential campaign announcements in 2019 are a dime a dozen. There are already nine declared Democratic candidates with many others waiting in the wings.

For another, since dropping out in July 2016, Sanders never really stopped running. The cantankerous septuagenarian has remained a ubiquitous presence on cable television and the campaign hustings. Democratic candidates covet his endorsement, and the national press corps hangs on his every utterance.

Although his candidacy seems a foregone conclusion, it’s also immaterial in many ways. If he decides that the rigors of another national campaign are not for him at 77-years-old, his indelible imprint on national politics is not going away.

Sanders has re-set the foundation of the Democratic Party – ironic given his steadfast refusal to identify as a Democrat. Since his election as mayor of Burlington in 1981, Sanders has worn the “socialist” badge while caucusing with the Democrats.

Sanders might not be interested in joining, but his policy prescriptions have found a welcome home with Democratic party faithful. Free college, free government health care, a debate over whether a marginal tax rate of 70 or 90 percent is high enough – these are all ideas Sanders has been championing for decades.

One town in California is giving $500 dollars each month to its residents – a page out of Sanders’ wealth redistribution playbook.  In a few short years, ideas like these have gone from extreme to mainstream in Democratic circles.

Even if Bernie Sanders decides to retire to Burlington or serve out the remaining six years on his Senate term, the party he won’t join has nonetheless adopted his policy proposals.

Even Sanders’ preferred “socialist” identification is enjoying its moment in the sun. A Fox News poll showed that 50 percent of self-identified liberals view socialism favorably.

Ocasio-Cortez is basking in the glory of the “win” (if that’s how the left sees chasing 25,000 good-paying jobs away from an up-and-coming neighborhood), but Sanders seeded the ground to make it possible. He has been flogging Amazon CEO Jeff Bezos and his company for months, even shaming him last year by introducing legislation dubbed the “BEZOS Act”.

Bashing billionaires may be smart politics in this era of pitchfork populism, but it has limitations beyond primary voters. That same FOX poll found 57 percent of voters holding a positive opinion of capitalism compared to just 25 who feel good about socialism.

There’s a reason President Trump took time out of his State of the Union address to zero in on socialism.  In a moment that will play out countless times between now and 2020, the president telegraphed he intends to win back voters nonplussed with his presidency but also not on board with what the Democrats are selling.

Presidential elections are choices – not referendums – and Mr. Trump knows that. Far easier to disqualify his Democratic opposition as extremists who want government to take 90 percent of voters’ paycheck than to try and win back the swing and suburban parts of America who turned on him last fall.

Bernie Sanders is never going to be president, but his legacy will live on. Even if he decides to retire to Burlington or serve out the remaining six years on his Senate term, the party he won’t join has nonetheless adopted his policy proposals. Ironically, those ideas might be just what Trump uses to get re-elected.