Former Obama White House adviser Valerie Jarrett spoke about President Trump's lack of civility on "Cavuto: Coast to Coast" on Thursday, and said it's perfectly fine for Congress to hold impeachment hearings to investigate the commander in chief.

"President Obama was always civil," she told Cavuto. "I think tone does start at the top. And I think part of what I'm looking for is someone who I won't have to turn off the television when the person speaking" is on.

"I turn off the TV quite often. It's not good for my blood pressure," she added. "I hunger for the days where we do have a calmer temperament -- where we know that the person is really looking out for us, for all of us, and not so focused on themselves."

BETO O'ROURKE: JOE BIDEN WOULD BE RETURN TO THE PAST, 'WE'VE GOT TO BE BOLDER'

Jarrett gave her blessing to congressional Democrats seeking to impeach Trump, but said he should still be considered America's legitimate leader.

"I feel [Trump's] the president," she said. "I would prefer he were not. And I'm going to do everything I can to work in the next election. But look, I'm sure there are things that we still don't know." 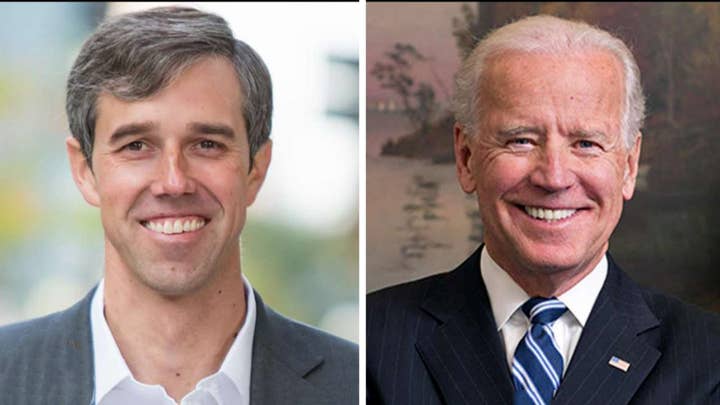 "There's a lot of information out there," Jarrett continued. "I think it's perfectly appropriate for the committees in Congress to be having hearings to try to make sure they have all the information. The more transparency we have in government, the more confidence people have in their government. And I'm a big believer in that."

She also spoke about Joe Biden's 2020 White House chances earlier in the interview and said the crowded field of Democratic primary candidates is actually a blessing.

"I had the honor of working with Vice President Biden for eight years. He was very important to the administration. I think the Democratic Party has an embarrassment of riches, which is a terrific thing," Jarrett said.

"Where I'm really keeping my focus is on the general election, and whoever emerges as a nominee from the Democratic Party, I'll be working for them trying to win that"

Jarrett said Obama advised Biden to focus on authenticity and the general election, instead of smearing his fellow 2020 hopefuls in the primary.

"Look I think a lot of folks have sought President Obama's counsel. And part of what he was also saying is, look, be authentic. Find what your message is -- explain directly to the American people why they should trust you. Don't spend a lot of time beating up on your opponents in the primary," she said.

"Keep focused on the general election. We don't want whoever goes in as the nominee to go in in a weakened state. So I think those are the messages I know I have certainly given the candidates with whom I have talked."