'Special Report' host Bret Baier says Joe Biden is trying to appear to be the one candidate who is going head to head with President Trump in 2020.

Baier referenced Biden's time on the campaign trail in Iowa this week and said the former vice president shouldn't take anything for granted in a crowded Democratic field.

"[Biden] is trying to be [the] nominee in waiting and sometimes that works. Sometimes it does not as we saw last time," he said. "And like President Trump did with Jeb Bush he's trying to label him as you know -- low energy, sleepy, however you want to call it. So Biden has to push back against that." 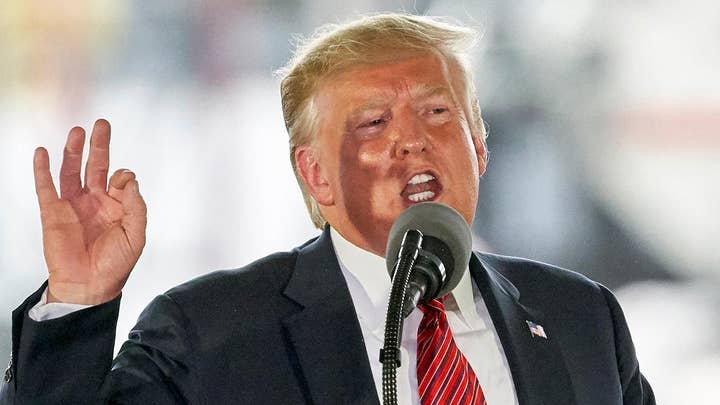 Baier said Biden is trying to create a one-on-one matchup with the president to increase his overall media coverage and offer a boost to his fledgling poll numbers.

"He did have yesterday, the one-on-one and a lot of coverage just because of that. And he's looking for more, I think, of those days to happen so that he can appear to be the one candidate who's going head-to-head," Baier said.

"I will say one thing about those polls early on, the head-to-head polls. You know, if you go back in history to really any incumbent that is facing a challenge, about this time you can see that the polls are 10, 11, 12 points for the opponent. And when push comes to shove to the election it doesn't turn out that way," he added. "So we'll see what happens this time."

Trump first referred to Biden as "sleepy joe" in May on Twitter, before adding photos of the former vice president getting up close and personal with various women. Trump also called Biden "mentally weak" as he departed the White House on Tuesday.

Biden branded Trump a "clown" during a South Carolina fundraiser last month after he was asked if he had a nickname for the Commander-in-Chief.