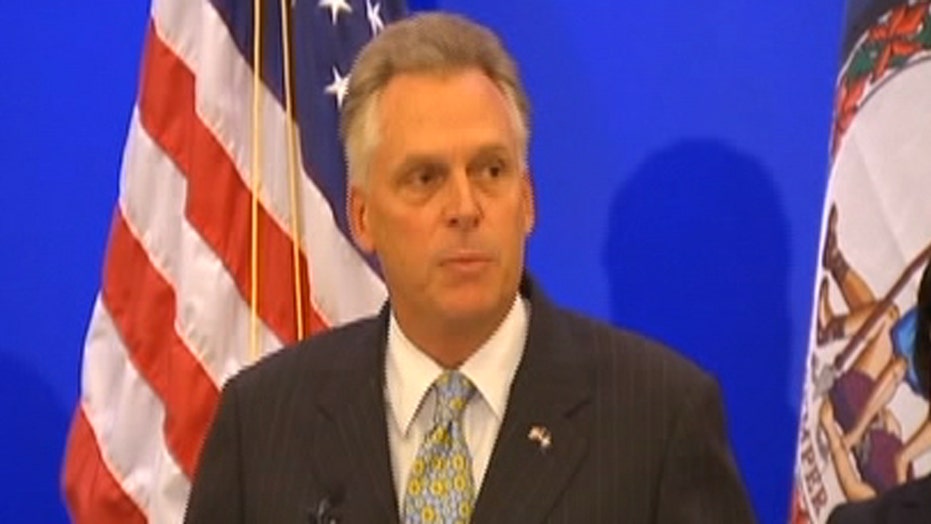 A Virginia state senator has thrown down the gauntlet with Democratic Gov. Terry McAuliffe in a brewing battle over gun rights -- pushing to defund the governor’s armed bodyguards unless he revokes an order that banned firearms in most state buildings.

“It’s easy for someone who is surrounded by armed state policemen to tell someone else they can’t carry a weapon to protect themselves,” Republican state Sen. Charles W. Carrico Sr. told FoxNews.com.

McAuliffe signed Executive Order 50 in October that says “open carry of firearms shall be prohibited in offices occupied by executive branch agencies, unless held by law enforcement, authorized security, or military personnel authorized to carry firearms in accordance with their duties.” He also called for new regulations to extend that to concealed weapons.

In response, Carrico drafted a budget amendment that would strip the funding for the governor’s armed protection unit.

Republican lawmakers, including Carrico, also are working on legislation that would counteract a separate decision from the state's attorney general.

Virginia Attorney General Mark R. Herring announced last week that the state would no longer recognize concealed carry permits from 25 states. He claimed those states had looser rules, and called the decision a “common-sense step” to make Virginia safer, the Richmond Times-Dispatch reported.

The GOP legislation being drafted would require Virginia to recognize concealed carry permits from all states.

“I’m not a seasoned politician, I’m just an individual who cares about my constituents,” Carrico said. "I spent 15 years as a state trooper protecting their rights, and I am very concerned about the liberal left going after these constitutional rights and it concerns me that we have people who are in the position Governor McAuliffe is in, and using his executive powers to take those away.”

Coy went on to say that Carrico’s attitude is an example of the lack of willingness from Republicans to work with the governor on issues related to gun safety.

“As a gun owner himself, the governor is ready to work with the General Assembly on common sense steps like universal background checks. Unfortunately, Mr. Carrico’s quote is a good representation of the interest he and his colleagues have shown in productive work on this serious issue so far,” Coy said.

“I may not have a lot of power, but I'm going to use the power I have to protect constitutional rights of individuals in my district. These are the people I represent, the 230,000 I represent, I’m going to fight for them regardless if you’re President Obama or Governor McAuliffe. The one thing they’ll tell you is I’m not afraid to fight.”