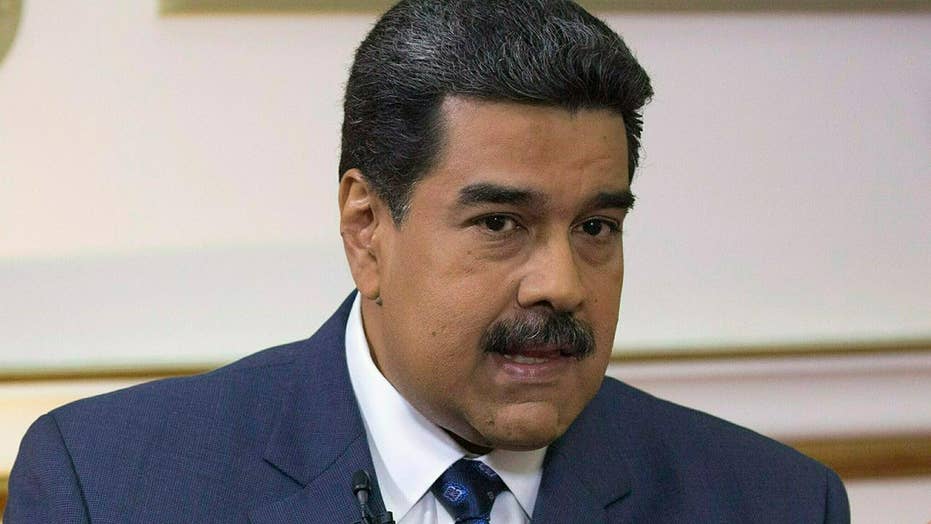 No evidence of progress to remove President Maduro in Venezuela

Opposition leader Juan Guaido continues to try to rally international support for his presidency, says he will start exercising the duties of the office despite Maduro's hold on the military and police; Steve Harrigan reports from Caracas.

The Trump administration announced Friday it is revoking the visas of 49 Maduro-aligned officials and their families and sanctioning several top military and security officials, part of a major U.S. campaign to push contested Venezuelan President Nicolas Maduro from power.

“I can’t predict the day Maduro falls and leaves Venezuela,” said Elliott Abrams, the State Department’s special representative for Venezuela, in an interview with Fox News. “It may be that three days before people will be saying, ‘oh the administration policy has failed,’ and then boom, there he goes and that day will come.”

Despite substantial U.S. sanctions on Venezuela’s economy, particularly its state oil company, Maduro appears in control of the country.

“The full effect of the sanctions hasn’t even been felt,” Abrams said. “The initial effect though is pretty strong. You can see this in the inability or the difficulty of the regime in selling oil or getting cash.”

The State Department warned the U.S. “will continue to take appropriate action against Maduro and the corrupt actors and human rights violators and abusers who support him.” Abrams refused to say whether that includes Cuba’s significant support for his government.

“We're always thinking about US relations with Cuba,” said Abrams. “I don't have anything to announce, but for those people who think Cuba wants better relations with the United States, just take a look at what Cuba is doing Venezuela because I think it undermines that conclusion very much.” 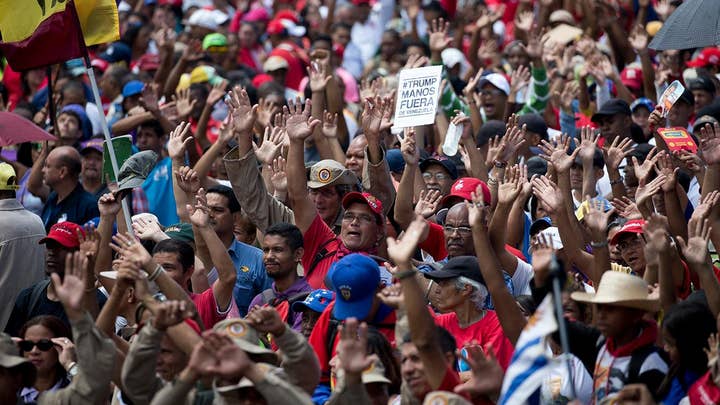 Maduro has also invited Abrams to meet with him in Venezuela. Abrams denied he’s met with Maduro and refused his invitation.

“It’s a mistake to allow them to turn it into some sort of battle between the U.S. and Maduro,” he said.

Abrams is coordinating with the opposition leader and interim government of Juan Guaido. About fifty countries have recognized Guaido as Venezuela’s legitimate leader. Guaido is in Paraguay and has met with leaders in Colombia and Brazil.

"I have received threats to my person and my family but threats of being imprisoned as well by the Maduro regime,” Guaido said Thursday in Brazil. “Even so, that will not prevent my return to Venezuela this weekend, at the very latest, Monday.”

“He should be leading as he has been for the last month from inside,” Abrams said of Guaido’s return to Venezuela. “I think if the regime arrests him upon his return I think you'll see a very big internal Venezuela reaction and a big international reaction.” 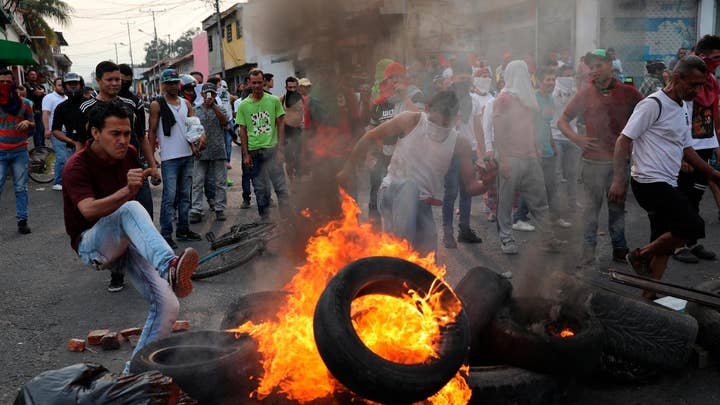 Delcy Rodriguez, Maduro's vice president, is in Russia, meeting with senior officials and demonstrating the Russian government’s support for the Maduro regime. Russia’s government also claims the U.S. may use military force in Venezuela.

“Anything is possible. And I wouldn't rule out that the administration could decide on an action that is in total infringement of international legal norms," said Russian Foreign Minister Sergey Lavrov.

The Trump administration has refused to rule out a military intervention, stressing all options are available.

“I don’t want to telegraph our punches to the regime,” Abrams said, though he stresses the U.S. is pursuing a peaceful transition of power in Venezuela.

“The people who are talking about an American military action are the regime or the Russians. We’re not talking about and the reason they're talking about it is they're trying to diminish the international support for Guaido and the Venezuelan people and we should not be playing into that,” he said.