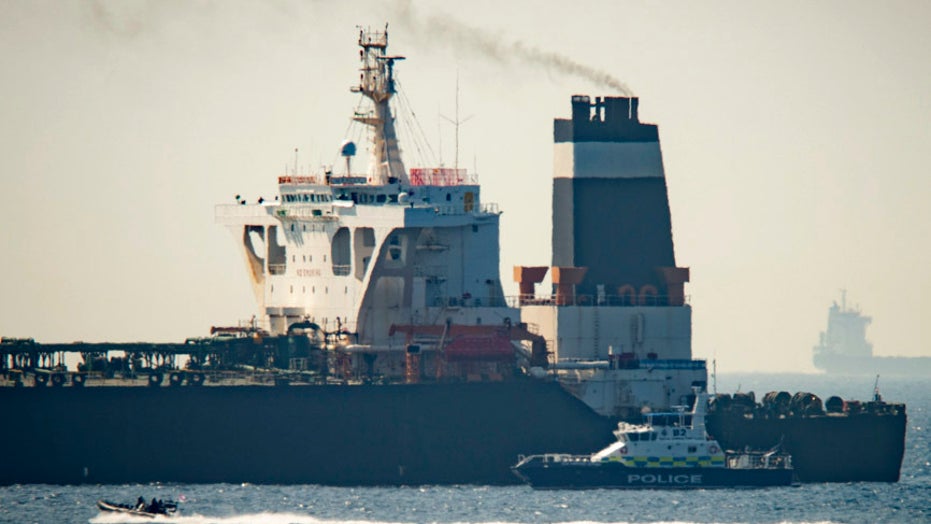 The State Department said it’s “very supportive” of a European initiative to safeguard ships in the Strait of Hormuz, even as the United States pursues its own operation to secure the narrow waterway.

“We welcome any effort by the Europeans, by our allies, by our partners,” said Morgan Ortagus, the State Department’s spokesperson.

Secretary of State Mike Pompeo, in an interview with Bret Baier on "Special Report" on Thursday, said countries should unite to protect the waterway.

“Every country that has an interest in ensuring that those waterways are open and crude oil and other products can flow through the Strait of Hormuz needs to participate to protect, not only their own interest, but the fundamental understanding of free and open waterways,” Pompeo said.

Last week, the State Department briefed about 100 diplomats from around 60 countries to discuss the U.S. operation, according to a senior U.S. official. The Trump administration stressed that other nations need to contribute more to security in the strait as most of the commerce that passes through is headed to ports outside the United States.

Shortly after that briefing, a British shipping company announced Iran had seized one of its tankers traveling through the strait. The UK announced the British navy will now escort British-flagged ships through the Strait.

While the State Department said it welcomed the European initiative, the administration’s Iran policy diverges with European allies on the Iran nuclear agreement. The U.S. withdrew from the deal last year and restored sanctions against Iran. The United Kingdom, France and Germany are trying to hold the agreement together and have refused to join the U.S. “maximum pressure” campaign against Iran.

Iran claimed it is also securing the strait.

“The whole world should be thankful to the Revolutionary Guard for maintaining the security in the Strait of Hormuz," said Hassan Rouhani, the President of Iran.

Iran has also demanded the British release the tanker it seized.  The UK claimed the Iranian ship violated European Union sanctions trying to deliver oil to Syria when Royal Marines seized it earlier this month.

The shipping firm operating the British-flagged tanker in Iran said the company is in contact with the 23 sailors Iran seized.

“Crew members have been able to talk directly to their families for a limited time,” said Erik Hanell, CEO and president of Stena Bulk.  “We await a decision from the local authorities on our request to attend the vessel.”