The president speaks to supporters in West Virginia as the midterm elections draw closer.

President Trump warned voters against the Democratic Party’s takeover in the upcoming midterm elections, saying their victory will mean California Congresswoman Maxine Waters will be put in charge of the country’s finances.

“Congresswoman Maxine Waters was called the most Corrupt Member of Congress!” Trump tweeted early Saturday morning. “If Dems win, she would be put in charge of our Country’s finances. The beginning of the end!”

The president appears to be referencing a Fox News report that said Waters is likely to take the reins of a powerful House committee in the event of Democrats retaking the lower chamber.

The 80-year-old lawmaker from California, who Trump previously called a “low-IQ individual", is likely to be promoted to chairwoman of the House Financial Services Committee, where she’s currently the ranking member. The committee has the power to subpoena and direct the fate of certain bills before they even reach a floor vote.

The committee oversees the housing, banking, insurance, and securities industries. Fox Business Network's Charles Gasparino reported earlier this week that people associated with Waters said she would have a “constructive relationship” with banks and would focus instead on the Department of Housing and Urban Development. 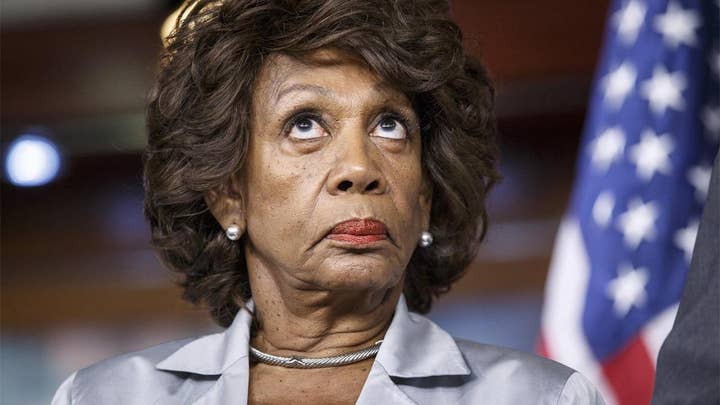 The comments are likely aimed at easing any concerns banks may have about Waters’ leadership amid recent polls showing that Democrats are likely to retake the House.

In May, the lawmaker opposed a bill that rolled back some of the 2010 Obama-era regulations of the banks. The measure, supported by Republicans and moderate Democrats, was signed by Trump.

But under Waters’ control, the committee is also likely to be weaponized for partisan purposes in a bid to undermine the White House and Republicans.

Earlier this year, Waters already tried – though unsuccessfully – to subpoena Deutsche Bank AG for records concerning “internal reviews of the personal accounts of the President and his family.” She also asked for information about lax money-laundering detection policies that could have permitted Russian operatives to move money around without any paper trail.