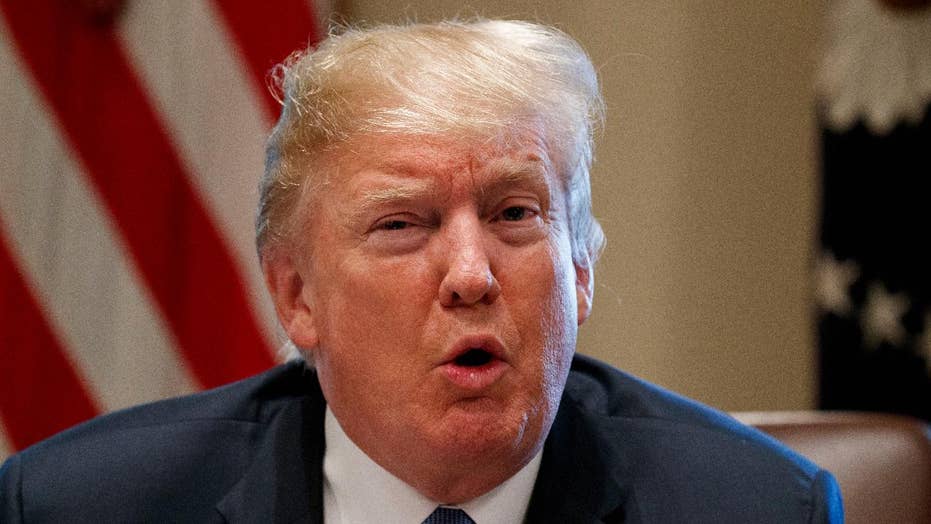 Trump: Mexico is doing nothing for us at the border

President Trump tore into Democratic congressional leaders Thursday after heeding their calls to end family separations at the border, while reserving choice words for Mexico -- which he accused of “taking our money and sending us drugs.”

Trump made his withering remarks ahead of a Cabinet meeting at the White House. While he officially invited Democrats to the White House to discuss immigration reform, he lambasted “extremist, open border” lawmakers and accused them of obstruction.

The president has been navigating a whirlwind week, responding to national bipartisan outrage over the practice of separating illegal immigrant families by signing an executive order Wednesday stopping it. But Democrats reacted with new demands that the administration curb detentions, leading Trump to cast them as hypocrites given past statements in support of strong borders.

"It's a whole big con job,” he said. “In the meantime, people are suffering because of the Democrats."

TRUMP IMMIGRATION ORDER MET WITH SHRUGS, NEW DEMANDS FROM DEMS: 'THIS ISN'T OVER'

As lawmakers in the House mull over a number of immigration proposals that would include a more permanent fix to stop the separation of families, Trump said it would come to naught if Democrats cannot provide the votes in the Senate to get over the 60-vote threshold to break a filibuster.

“It takes two to tango,” he said, before accusing Democratic House leader Nancy Pelosi, D-Calif., and Senate leader Chuck Schumer, D-N.Y., of not caring about the children and choosing instead only to obstruct. 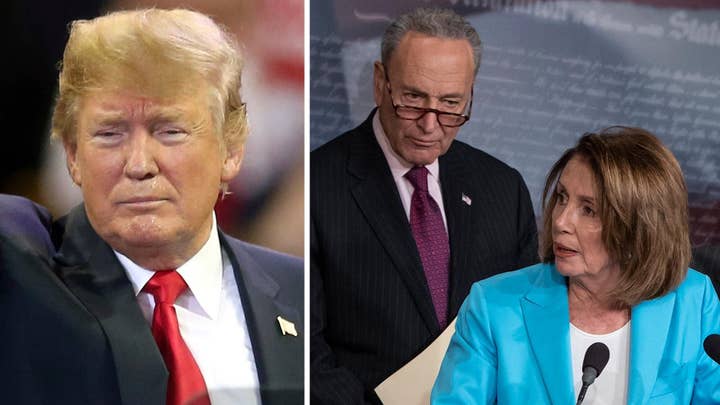 Schumer responded to Trump’s remarks in a tweet, saying that he had backed a bill that would provide “$40 billion for border security and would have been far more effective than the wall.”

But Trump was particularly angry at Mexico, through which many migrants travel before claiming asylum at the U.S.-Mexico border.

“They walk through Mexico like it’s walking through Central Park, it’s ridiculous,” he said. “Mexico does nothing for us.”

He referenced the North American Free Trade (NAFTA) agreement and said one of the reasons he was so tough on it, in addition to it being a “terrible deal” for the U.S., was because of the country’s inaction in helping the U.S. combat illegal immigration.

The remarks were reminiscent of Trump’s infamous 2015 campaign launch where he accused Mexico of not “sending their best.”