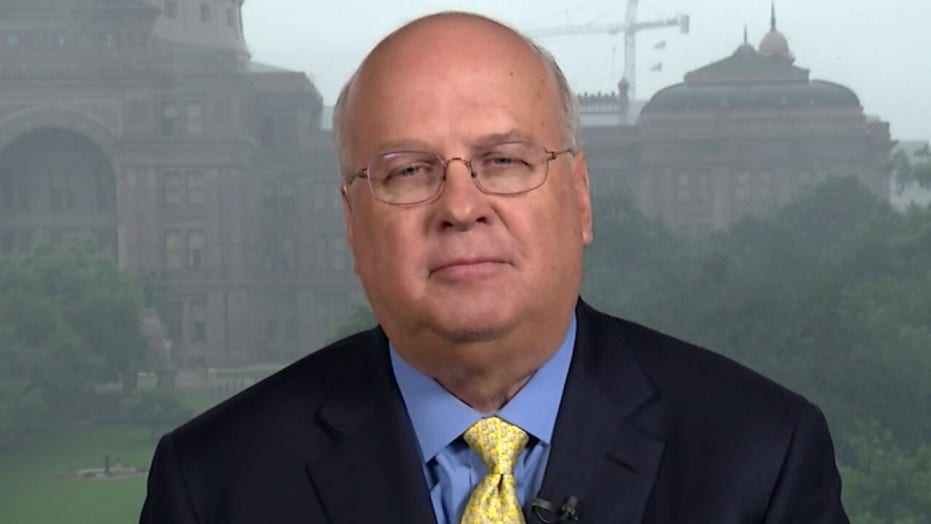 You can write off a bad poll or two.

But this week saw the release of a slew of national and key general election battleground state public opinion polls that all showed Democratic challenger Joe Biden either outright leading or edging President Trump in the national popular vote -- and more importantly, in the crucial states Trump won four years ago to upset Hillary Clinton and win the White House.

The release of the surveys – from Fox News, New York Times/Siena College, NPR/PBS/Marist, Quinnipiac University, and Marquette Law School – appear to spell trouble right now for the president as he fights for another four years in the White House. But right now is still a long way from Election Day.

But it’s not just in the expected battleground states where Trump is losing ground. Fox News polls released Thursday show Biden with a slight edge in Texas and Georgia, two once reliably red states that were not considered up for grabs at the beginning of the 2020 presidential cycle.

Asked about the new surveys, Trump re-election campaign communications director Tim Murtaugh told reporters on Thursday that "we put no stock in public polls of any kind."

And pointing specifically to the New York Times/Siena national and battleground state polls, Murtaugh argued that the surveys included "an under sampling of Republicans."

But the spate of bad polls comes on the heels of the bad headlines the Trump campaign fueled by overhyping last weekend’s rally in Tulsa, Okla. -- the president’s first rally since the coronavirus shut down the country three months ago.

The Trump campaign had touted that 1 million people had requested tickets – and were predicting a sold-out arena with and additional 40,000 supporters in a makeshift overflow site outside the venue. But the crowds failed to materialize, the outdoor stage was dismantled, and cameras showed large portions of the arena’s upper deck were empty.

The developments have some of the president’s top supporters ringing alarm bells.

“President Trump may lose this election,” tweeted Fox News host Tucker Carlson, hours after the release of his network's polls.

Carlson’s tweet linked to a video from his Thursday night primetime program on the cable news network, where he kicked off his show warning that “not many people are saying it out loud on the right, but the fact is that President Trump could well lose this election. In fact, unless fundamental facts change soon, it could be tough for him to be re-elected.”

An opinion piece posted Thursday evening by the Wall Street Journal’s editorial board stressed that “President Trump may soon need a new nickname for 'Sleepy Joe' Biden. How does President-elect sound? On present trend that’s exactly what Mr. Biden will be on Nov. 4, as Mr. Trump heads for what could be an historic repudiation that would take the Republican Senate down with him.”

The conservative editorial board pointed to the president’s approval rating – which currently stands at 42.1 percent according to a Real Clear Politics average of the latest polls – and said that Trump is nearing what they called “George H.W. Bush and Jimmy Carter territory.” The elder Bush and Carter are the last two presidents who failed to win reelection.

Longtime Republican strategist Colin Reed told Fox News, "You can dismiss one poll, but this is pretty consistent across the board.”

And he spotlighted that “one of Donald Trump’s biggest political liabilities right now used to be one of his greatest strengths – his ability to dominate news cycles and headlines.”

Reed noted that “for Trump to turn this around, he just needs to successfully prosecute Joe Biden’s four and a half decades in elected office. If this election’s a choice between Joe Biden and Donald Trump, there’s a long way to go until November. If it’s a referendum on Donald Trump, Joe Biden’s looking like he’s in a pretty good spot.”

The president, his campaign, and allied groups have been trying to turn the tables and make the general election all about Biden – slamming him as “soft” on China, questioning his mental acuity, and saying he’d be beholden to the left of his party if he wins the White House.

“Remember, a vote for @joebiden is really a vote for the leftwing radicals like Elizabeth Warren and AOC who control him,” Trump campaign manager Brad Parscale argued in tweet on Friday.

The new polls come four and a half months before the November general election, which is an eternity in campaign politics.

David Tamasi, an influential D.C.-based lobbyist and GOP donor who’s raised money for the president, told Fox News that “on the money side, I haven’t seen any drop off. If the election were held today, I think it would certainly be a lot closer than what the public polls say right now.”

And pointing to the calendar, he emphasized that “it is June 26. We have a long way to go. I’m not overly concerned at this point where things are.”