Trump calls on Americans, media to cut down political tension

At a major campaign rally in Wisconsin on Wednesday evening, President Trump decried any threats of political violence as "an attack on our democracy itself," saying "we want all sides to come together in peace and harmony" -- and he also took aim at the media, charging that they are contributing to the problem.

"My highest duty as president is to keep America safe," Trump told his audience at the Central Wisconsin Airport in Mosinee. "The federal government is conducting an impressive investigation, and we will find those responsible, and we will bring them to justice, hopefully very quickly."

He continued: "Those engaged in the political arena must stop treating political opponents as being morally defective. The language of moral condemnation ... these are arguments and disagreements that have to stop. No one should carelessly compare political opponents to historical villians. It's got to stop. We should not mob people in public spaces or destroy public property.

"There is one way to settle our disagreements: It's called peacefully, at the ballot box," Trump said to applause. ("If you're going to vote Democrat, don't bother," he later joked.)

"The media also has a responsibility to set a civil tone and stop the endless hostility and constant negative and oftentimes false attacks," he added.

"Those engaged in the political arena must stop treating political opponents as being morally defective."

Fox News ranks the gubernatorial contest as lean Democrat and the Senate race as likely Democrat, although Trump told Vukmir at Wednesday's rally that she's doing "very well" in the polls. 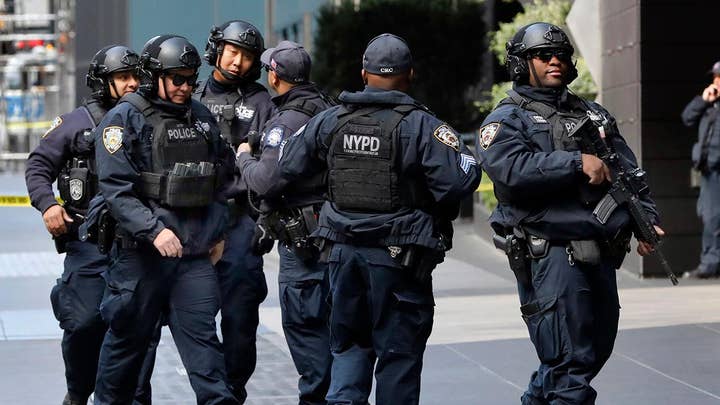 During his speech, Trump said that Walker, his former rival in the 2016 presidential race, "could be nasty" -- but he emphasized that the two have seen eye-to-eye ever since electronics giant Foxconn announced the creation of a $10 billion plant in Wisconsin expected to create thousands of jobs.

"This is one of the world's great plants," Trump, who narrowly edged out Clinton in Wisconsin in 2016, said. "And it was done because of Scott Walker. I've never seen anything like it. ... He's a warrior for Wisconsin workers and families."

Both Walker and Vukmir, responding to a common Democratic line of attack, strenuously declared that Republicans would preserve healthcare protections for people with pre-existing conditions.

"I'll fall in front of a truck before I let people go without coverage for pre-existing conditions," Vukmir said.

In the wide-ranging rally, Trump also touted the nation's historically low unemployment rate, and vowed to keep appointing conservative judges and to secure the nation's border as a migrant caravan makes its way to the U.S.-Mexico border.

"We don't have borders, we don't have a country -- and we have the greatest country on earth," Trump said, adding later: "African-American, Hispanic-American poverty, Asian-American unemployment have all reached their lowest rates ever recorded -- isn't that a tough soundbite for the opponent? And in addition to that, Kanye West likes me. Which is good. Interesting guy." 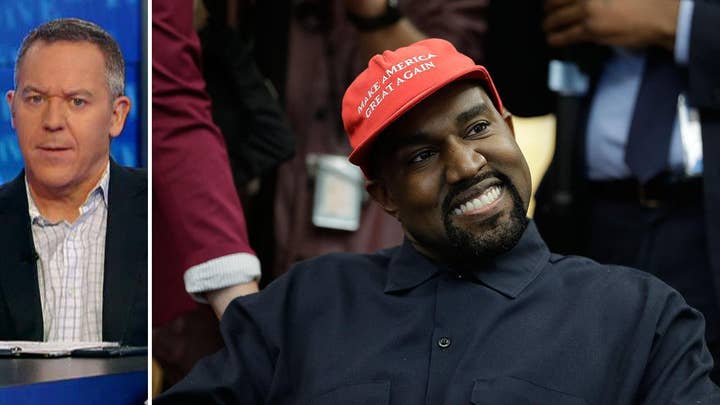 Asked on CNN whether Trump should have canceled the rally entirely, Arizona Republican Sen. Jeff Flake, who said earlier that both political parties should tone down their rhetoric, offered another idea.

"I think he ought to use this rally as a way to actually make things better," Flake told anchor Wolf Blitzer. "I don't begrudge him going to the rally. I just hope that he makes better use of it than he has in the past."

At previous rallies, Trump has derided CNN and other media organizations as "fake news," and mocked prominent Democrats like California Rep. Maxine Waters, describing some of them as "low-IQ." Waters, for her part, had made vocal calls for her supporters to harass Trump officials in public.

The FBI said Wednesday evening that it had identified at least five suspicious packages sent to prominent liberals this week that contained "potentially destructive devices," including one addressed to former CIA Director John Brennan -- care of CNN -- which prompted the dramatic on-air evacuation of the network's New York City headquarters. (Law enforcement officials involved in the investigation have told Fox News that the similarity between the packages has led them to believe that a single individual or group could be responsible.)

At an event in Texas Wednesday night, Brennan, a fierce Trump critic, again blamed the president: "A lot of this rhetoric really is counterproductive, it is un-American, it is what a president should not be doing." Trump revoked Brennan's security clearance in August, as critics charged that he was improperly trading on his classified access for political gain.

Meanwhile, Waters said Wednesday she had received a "suspicious package that has been referred to the FBI."  Late Wednesday, the Los Angeles Central Mail facility was evacuated after employees found a suspicious package, which The Associated Press reported was addressed to Waters. The FBI confirmed that it had recovered two packages addressed to Waters that were similar to the five it referenced in its earlier statement.

New York Gov. Andrew Cuomo also announced that he had received a suspect device, but it was later determined to be an innocuous USB flash drive and a letter. 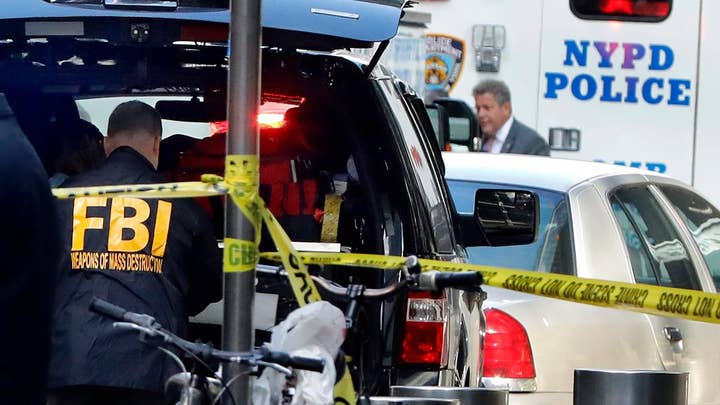 Speaking at the White House earlier Wednesday, Trump was somber and resolute, issuing a rare call for partisans to come together as he promised that authorities would "bring those responsible for these despicable acts to justice."

"In these times, we have to unify," Trump said, following similarly conciliatory remarks by his wife Melania. "We have to come together, and send one very clear, strong, unmistakable message that acts or threats of political violence of any kind have no place in the United States of America."

However, several analysts on CNN and social media immediately criticized Trump's remarks, saying he should have mentioned CNN by name. They also accused Trump of contributing to the declining civility in politics, charging that he should have shouldered more blame for the episode.

Former Obama chief adviser Dan Pfeiffer blamed Trump for "advanc[ing] a racist conspiracy theory" about his old boss and for irresponsibly riling up his base.

And, within hours, leading Democrats apparently rejected Trump's olive branch out of hand. In a joint statement, Senate Minority Leader Chuck Schumer and House Minority Leader Nancy Pelosi pointed to remarks by the president at a rally in Montana last week, when he praised a Republican congressman who body-slammed a reporter as a "tough cookie," and his frequent criticisms of CNN and other media organizations.

"President Trump's words ring hollow until he reverses his statements that condone acts of violence," Schumer and Pelosi said.

Last week, Pelosi was accosted by a mob calling her a "communist" during a Florida campaign stop.

Meanwhile, Republicans have spent the last several months calling out Democrats for contributing to the charged political climate. Earlier this month, Clinton said it was impossible to be civil with Republicans as long as Democrats are out of power, and numerous high-ranking Republicans have been harassed in public.

Last year, House Majority Whip Steve Scalise, R-La., was nearly killed, and two others were wounded, when a gunman opened fire at a GOP congressional baseball practice where Flake and others were present.

And earlier this month, a Utah man was arrested and accused of attempting to send a crude form of the poison ricin to President Trump and the Pentagon.