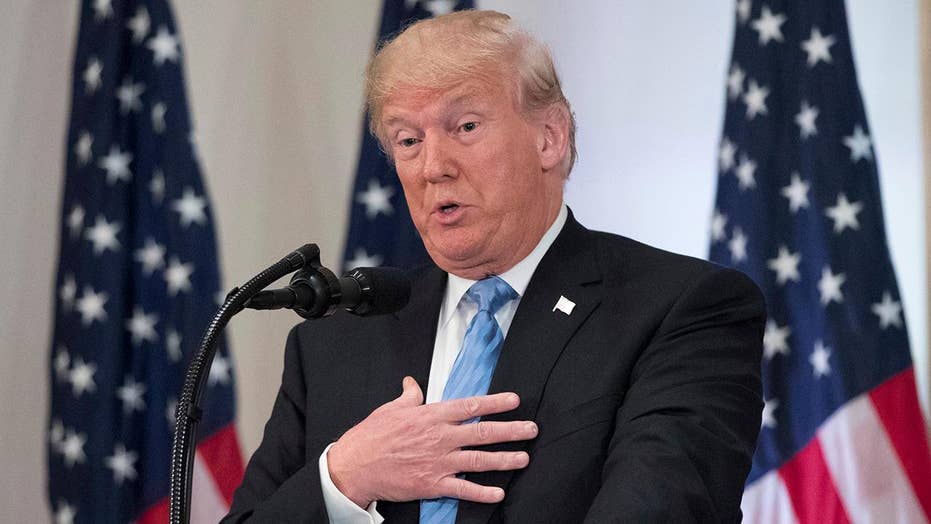 In response to a question from Fox News' John Roberts about why the White House did not ask the FBI to investigate allegations made against Kavanaugh by Christine Blasey Ford, the president responded that "there was nothing to investigate."

The president added that even if an investigation found nothing to corroborate Ford's claims, "it's not going to change any of the Democrats' minds."

"They're obstructionists," Trump went on. "They're actually con artists because they know how quality this man is, and they've destroyed a man's reputation and they want to destroy it even more ... And they know it's a big, fat con job. And they go into a room and I guarantee you, they laugh like hell at what they've pulled off on [the media] and on the public."

Trump added that the Democrats' bitter fight against Kavanaugh would backfire on them in the forthcoming midterm elections and predicted that "three, four or five Democrats" would support the judge's confirmation "because they're in states that I won by 30 and 40 points and they're going to give us votes." 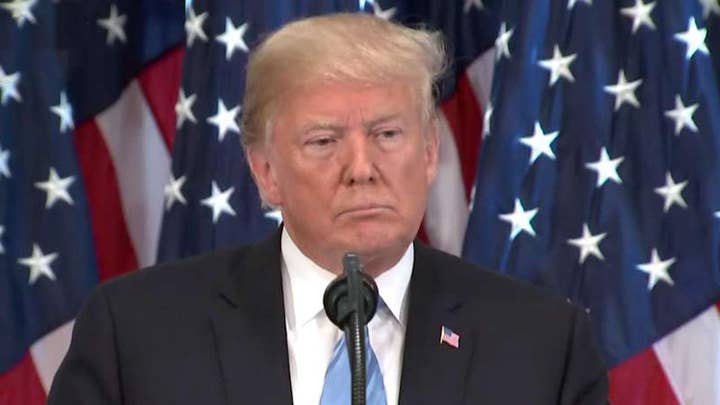 The president has supported Kavanaugh repeatedly this week as the federal judge has worked to fend off allegations of sexual misconduct from the early 1980s.

Kavanaugh and Ford are scheduled to testify before the Senate Judiciary Committee on Thursday about her allegations, which date back to Kavanaugh's time in high school.

When asked if he would withdraw Kavanaugh's nomination, Trump answered, "These are all false, to me, these are false accusations in certain cases ... I can only say that what they've done to this man is incredible."

However, the president appeared to leave himself some room to maneuver later in the press conference, saying he was open to "changing my mind" if the evidence against Kavanaugh was sufficiently compelling. 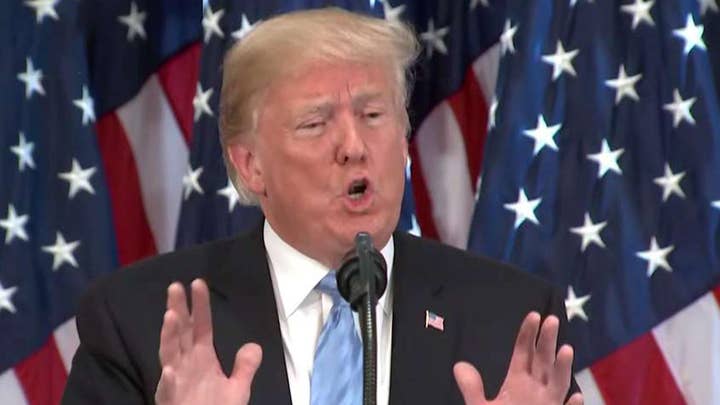 The president again expressed frustration with the length of time between Ford going public with her accusation against Kavanaugh and Thursday's scheduled hearing.

The president also referenced accusations of sexual misconduct that have been made against him in the past, calling them "false."

"I was accused by, I believe it was four women," Trump said. "I was accused by four or five women who got paid a lot of money to make up stories about me. We caught them and the mainstream media refused to put it on television ... So I've had numerous accusations about me."

"People want fame, they want money, they want whatever," the president added. "So when I see it, I view it differently than someone sitting at home watching television, where they say, 'Oh, Judge Kavanaugh, this or that.' It's happened to me many times." 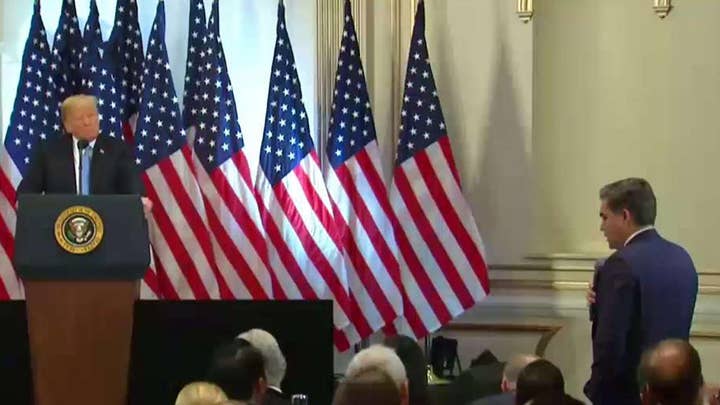 More than a dozen women came forward during the 2016 presidential campaign, claiming they were assaulted, groped or kissed without consent by Trump.

The president also briefly sparred with CNN reporter Jim Acosta, who requested that Trump call on a woman after him to ask about Kavanaugh.

"What does he mean by that?" Trump asked rhetorically before saying, "I wouldn't mind that at all." 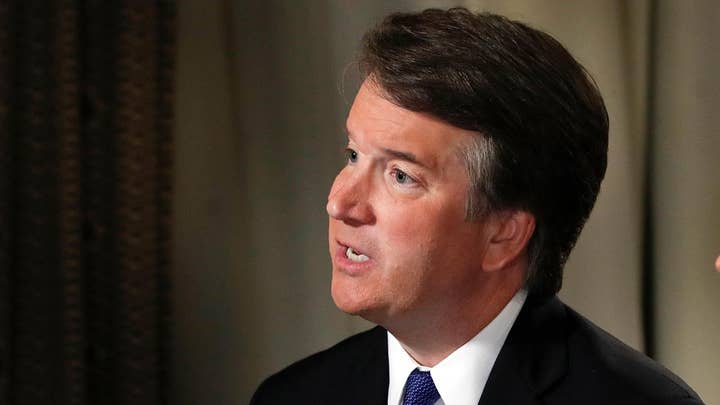 Trump also slammed attorney Michael Avenatti, who represents a woman who alleges that she witnessed Kavanaugh "engage in excessive drinking and inappropriate contact of a sexual nature with women in the early 1980s", as a "con artist" and a "lowlife."

Avenatti's client is the third woman to allege misconduct by Kavanaugh. He also represents Stormy Daniels, an adult-film actress who said she had sex with Trump years before Trump became president.

Trump concluded the press conference by calling Thursday's hearing "a very big moment for our country" and reiterating that Kavanaugh was entitled to the presumption of innocence.