How much can Trump compromise on the wall and still make his base supporters believe that he is keeping his word?

President Trump on Saturday blamed Democrats and “their pathetic immigration policies” for the death of children and others at the border -- arguing that they encourage migrants to make the trek north in hazardous conditions.

“Any deaths of children or others at the Border are strictly the fault of the Democrats and their pathetic immigration policies that allow people to make the long trek thinking they can enter our country illegally. They can’t. If we had a Wall, they wouldn’t even try!” he tweeted.

Trump was referring to the recent deaths of two child migrants who died in government custody this month. Felipe Gomez Alonzo, eight, died this week after being apprehended by border agents in Texas.

After an agent noticed Alonzo coughing, father and son were taken to an Alamogordo hospital, where Felipe was diagnosed with a common cold and found to have a fever of 103 degrees, according to Customs and Border Control. But after being released with medication, he fell ill and died in the hospital.

The death comes after the death of seven-year old Jakelin Caal Maquin this month. Customs and Border Protection officials said the girl, also from Guatemala, was dehydrated as hadn’t eaten or consumed water for several days before she was detained. 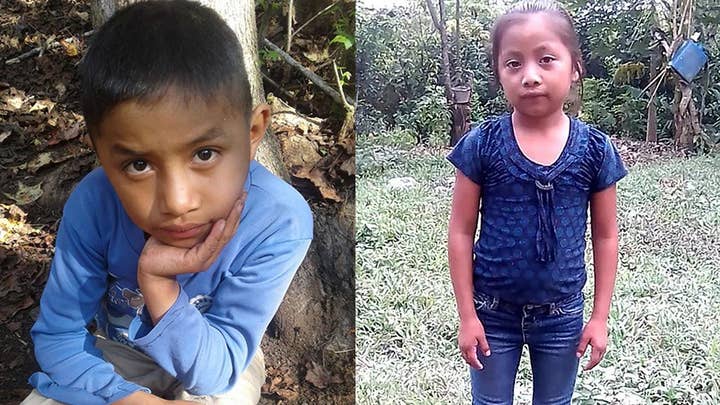 Homeland Security Secretary Kirstjen Nielsen said they she had ordered “extraordinary protective measures” to stop such deaths from occurring, and had called for an investigation in what she said was an uptick in sick children crossing our borders.”

On Saturday, Trump tweeted that the children were sick before they came into U.S. custody and noted that the father of Maquin had said that it was not the fault of border authorities.

“The two children in question were very sick before they were given over to Border Patrol. The father of the young girl said it was not their fault, he hadn’t given her water in days” he tweeted. “Border Patrol needs the Wall and it will all end. They are working so hard & getting so little credit!”

Trump’s push for a border wall comes amid a partial government shutdown after an impasse between Republicans and Democrats over funding for Trump’s 2016 campaign promise. Trump has demanded $5 billion in funding for the wall, but Democrats have said they won’t agree to more than $1.3 billion for border security.

Trump has ramped up his rhetoric when it comes to the border and on Friday warned that if Democrats to do not agree to funding the wall, he will "close the Southern border entirely."