White House says all options are on the table during the border security funding negotiations; Ellison Barber reports.

President Trump warned Friday that if Democrats do not agree to his demands to fund a wall on the southern border, he will “close the Southern border entirely” and cut aid to Central American countries -- while pulling back on trade with Mexico.

“We will be forced to close the Southern Border entirely if the Obstructionist Democrats do not give us the money to finish the Wall & also change the ridiculous immigration laws that our Country is saddled with,” he tweeted Friday morning. “Hard to believe there was a Congress & President who would approve!”

The tweetstorm came amid the partial government shutdown that will soon enter its second week. The closures began last Saturday after Republicans and Democrats were unable to agree on a funding package that would keep the government open and fund Trump’s promised border wall. Trump has demanded $5 billion for the barrier, but Democrats have refused, instead offering $1.3 billion for general border security.

With both sides refusing to budge and little activity on Capitol Hill amid the holiday break, there are no signs of the impasse ending anytime soon. One member of the House Republican leadership told Fox News on Thursday that a resolution may not emerge until the new year.

But on Friday, Trump not only renewed his demands for the wall, but threatened numerous consequences in the absence of that money. He even suggested pulling back on the recently renegotiated North American Free Trade Agreement (NAFTA), which now goes by the United States-Mexico-Canada Agreement (USMCA).

“The United States looses [sic] soooo much money on Trade with Mexico under NAFTA, over 75 Billion Dollars a year (not including Drug Money which would be many times that amount), that I would consider closing the Southern Border a 'profit making operation,'" he tweeted.

“Bring our car industry back into the United States where it belongs. Go back to pre-NAFTA, before so many of our companies and jobs were so foolishly sent to Mexico,” he carried on. “Either we build (finish) the Wall or we close the Border.” 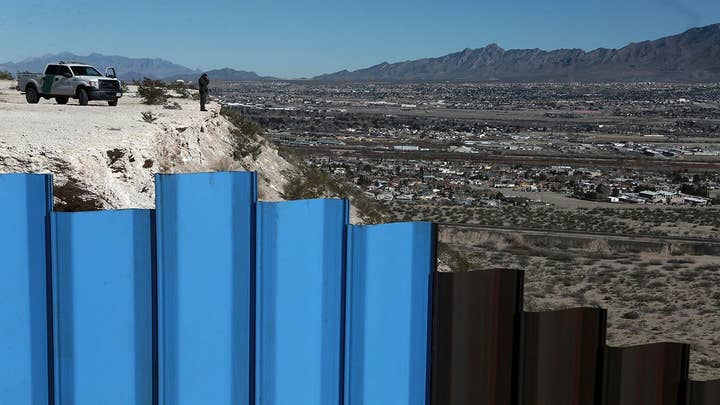 He then said the U.S. would terminate aid with Honduras, Guatemala and El Salvador, which he said are doing “nothing for the United States but taking our money,” and referred to reports that another caravan of migrants hoping to get to the U.S. is planning on leaving Honduras in January.

“Word is that a new Caravan is forming in Honduras and they are doing nothing about it. We will be cutting off all aid to these 3 countries - taking advantage of U.S. for years!” he said.

Trump has previously threatened to shut down the border, but took no action to do so following those threats. He also previously threatened to cut aid to countries that assist, or do nothing to stop, the caravans. But earlier this month, the U.S. pledged a total of $10.6 billion in aid and investment for Central America and southern Mexico -- as part of a push to promote better security and job opportunities so that Central Americans and Mexicans do not have to emigrate to the U.S.

A cut-off of trade relations with Mexico could also risk a new agreement that DHS Secretary Kirstjen Nielsen announced this month that calls for immigrants claiming asylum in the U.S. to be returned to Mexico as their cases are processed.

Mick Mulvaney, Trump’s incoming acting chief of staff, claimed Friday on “Fox & Friends” that it appeared Senate Democratic Leader Chuck Schumer is interested in a deal but Speaker-designate Nancy Pelosi is preventing it. He alleged Democrats are not dealing because Pelosi is waiting until she secures the speakership.

“We don’t think they will [negotiate] until after the new Congress is sworn in,” he said. 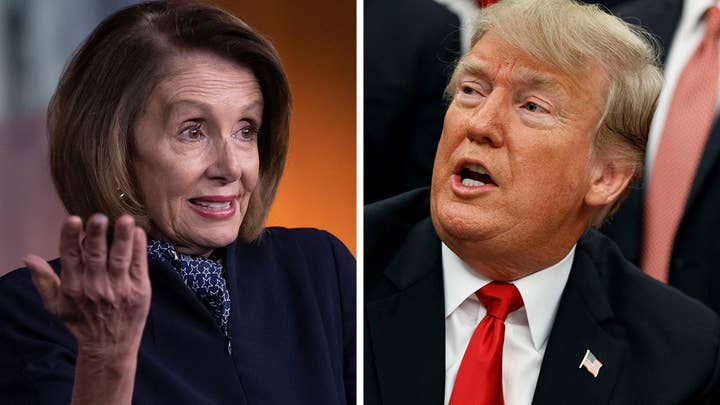 But Pelosi has denied claims they haven't provided a counteroffer.

"Democrats have offered Republicans three options to re-open government that all include funding for strong, sensible, and effective border security – but not the President's immoral, ineffective and expensive wall," said Drew Hammill, Pelosi's deputy chief of staff. "With the House Majority, Democrats will act swiftly to end the Trump Shutdown, and will fight for a strategic, robust national security policy, including strong and smart border security, and strong support for our servicemembers and veterans."