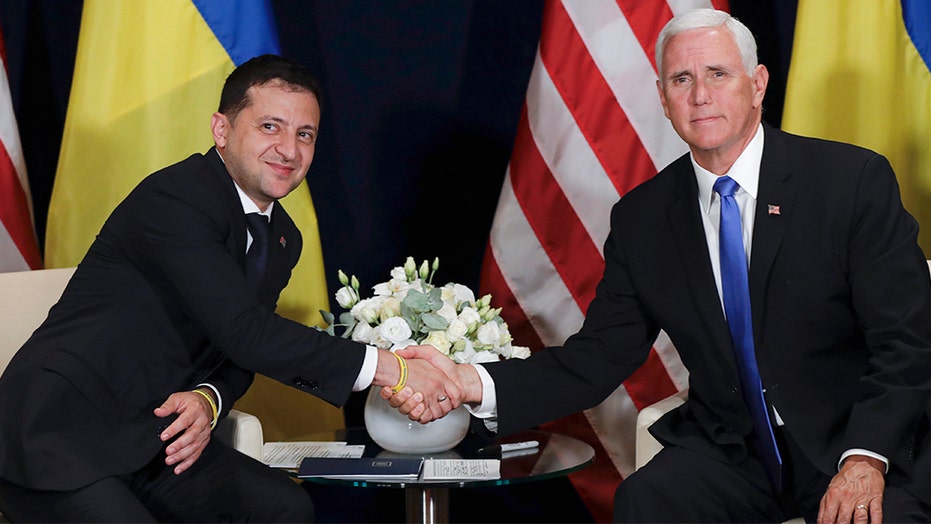 The Trump administration has released $250 million in military aid for Ukraine, lawmakers announced Thursday, as they were set to rebuke the administration for initially holding up the money.

The announcement was made as members of the Senate Appropriations Committee were debating a $695 billion Pentagon funding bill. They credited an amendment threatened by Senate Minority Whip Dick Durbin, D-Ill., for forcing the administration's hand on the money.

The amendment would have prevented President Trump from withholding such funds in the future.  Several Republican senators, including Trump ally Lindsey Graham, said they would have voted with the Democrats on the amendment.

Congress initially approved the aid last month, but Trump asked his national security team to review funding for the program, the Ukraine Security Assistance Initiative, to ensure it would be used in the best interests of the United States.

"The president has made no secret when it comes to foreign assistance that U.S. interests abroad should be prioritized and other foreign countries should also be paying their fair share," a senior administration official told reporters last month.

"It would have been a mistake to hold back our assistance to the brave people of Ukraine. Doing so would have undermined our partners in Ukraine and Eastern Europe and further emboldened the Kremlin," Senate Majority Leader Mitch McConnell. R-Ky., said in a statement Thursday. "I criticized President Obama for not responding more swiftly and forcefully to Vladimir Putin’s invasion of Ukraine. I joined my colleagues on both sides of the aisle in pushing that administration to provide assistance to Kyiv."

The aid represents a substantial boost for Ukraine, whose full 2017 military budget was $5.2 billion. Separately, the State Department is giving $141 million in aid for the country's military, according to Politico. The aid is seen by Ukraine as important to bolstering the military and keeping Russia at bay.

The administration's hold on the aid money prompted Trump's critics to say it was another way the president was going easy on Russian President Vladimir Putin.

Relations between Russia and Ukraine have been strained since 2014 when Russia annexed Ukraine's Crimean territory. In a hearing in the European Court of Human Rights (ECHR) on Wednesday, Kyiv, Ukraine's capital, insisted Russian forces had tortured and killed police as well as civilians, allegations Moscow denies, according to Radio Free Europe.