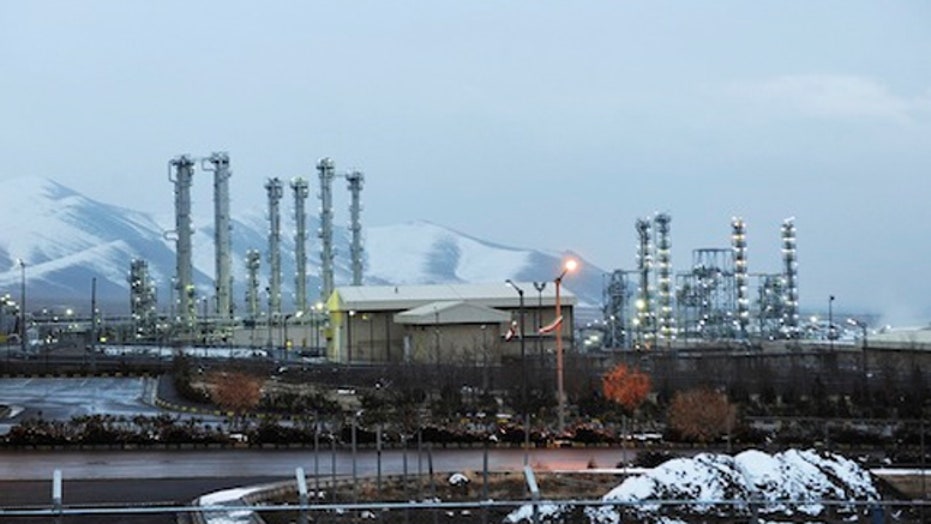 A top Senate Democrat said Sunday he does not support bipartisan legislation in his chamber to impose new sanctions on Iran -- one day before the start of an international deal in which that country will curtail its nuclear program in exchange for the easing of existing sanctions.

The Vermont Democrat argued that voting in favor of sanctions could alienate the five other world powers in the deal -- Britain, China, France, Germany and Russia.

“If [we] look like we're prejudging the negotiations, they're going to say, ‘Hey United States, you're on your own,'” Leahy said.

However, he also said Congress would impose more sanctions in a “nanosecond” should Iran get caught cheating in the deal.

The deal that begins Monday would last for six months and ease sanctions imposed by the U.S. and other countries in exchange for Iran limiting its uranium-enrichment efforts.

A team of international inspectors arrived in Iran this weekend to prepare to begin inspecting nuclear sites.

Right now, 16 Senate Democrats support a bill that would impose new sanctions after six months, despite President Obama expressing his opposition and threatening to veto such a bill.

The Senate appears to be close to having the 60 votes need to pass most legislation. But whether the Democrat-controlled chamber has the 67 votes to override a presidential veto is unclear.

Under the deal, Iran would limit its uranium enrichment to 5 percent -- the grade commonly used to power reactors. And the country must stop producing 20 percent enriched uranium -- which is only a technical step away from weapons-grade material -- and neutralize its 20 percent stockpile.

In exchange, Iran will begin receiving $4.2 billion in blocked overseas funds, starting early next month with a $550 million payment, a senior administration official told Fox News. The rest of the money will come in five more installments through July.

During that time, Iran and the world powers will continue negotiation on a permanent deal. The Iranian government has been accused of trying to develop a nuclear weapon but has refuted the accusations.

Retired Gen. Michael Hayden, a CIA director in the George W. Bush administration, told “Fox News Sunday” that the Senate should pass the legislation, despite his belief that the executive branch should have “as much running room as possible.”

He said that having the legislation, which also prescribes what should be in a final nuclear deal, just off stage “might actually be a powerful negotiating tool.”

However, he suggested Iran is close to having a nuclear weapon and that the real problem with the deal is that it only freezes the country’s progress.

“They're too close,” he said. “What we've got to do is crank them back. They've got to deconstruct stuff.”