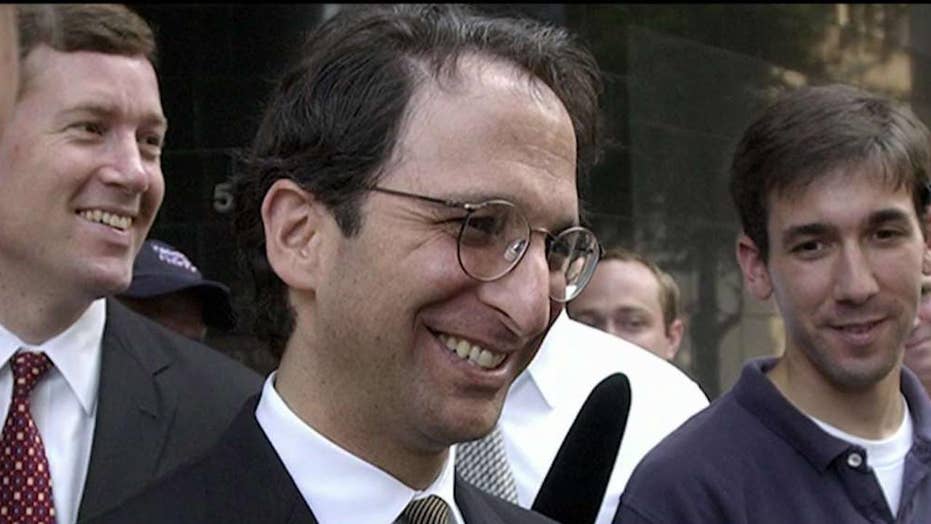 Top prosecutor Andrew Weissmann is stepping down from Mueller investigation

Andrew Weissmann, a top prosecutor on Special Counsel Robert Mueller’s Russia probe, has reportedly signed a deal with a publishing house to write a book.

The New York Times reported Friday that the book was acquired by Random House. It’s unclear how much the book will focus on the investigation into Russian interference in the 2016 election and other matters involving President Trump and his associates.

Weissmann, who has left the Justice Department and now teaches law at New York University, did not respond to an email from Fox News seeking comment Friday. A Random House spokesman also could not be reached.

Weissmann, whom The New York Times once referred to as Mueller’s "legal pit bull,” was heavily involved in the criminal case against former Trump campaign chairman Paul Manafort. He also served as general counsel at the FBI and was an assistant U.S. attorney for the Eastern District of New York. A veteran Justice Department prosecutor, he was the deputy, and then leader, of the department’s task force investigating and then prosecuting Enron executives in the energy giant’s collapse.

Throughout his career, Weissmann has taken on organized crime figures, corporate fraud and other complex cases.

Giuliani: Obstruction theory is a creation of Andrew Weissmann

President Trump's attorney Rudy Giuliani speaks out about collusion and obstruction in the Mueller report.

"He took on New York's most feared organized crime families, unraveled the incredibly ornate frauds at Enron, and has tracked international criminals, exposing their carefully concealed financial dealings in many dark corners of the world," said Leslie Caldwell, who worked alongside Weissmann at the Justice Department and as a Brooklyn prosecutor.

He also has overseen controversial prosecutions in the past that ultimately resulted in dismissed convictions and allegations of prosecutorial misconduct.

But Republicans criticized Weissmann, and other prosecutors on Mueller’s team, for their assumed political affiliation. Weissmann donated a combined $2,300 to Obama’s campaign in 2008 and in 2006, he contributed at least $2,000 to the Democratic National Committee. Sidney Powell, who is now an attorney for former Trump national security adviser Michael Flynn, has accused Weissmann of “prosecutorial overreach” in past cases.

The book could draw attention because Mueller’s team was famously tight-lipped during its probe. In his only public remarks about the investigation, Mueller said he did not intend to testify before Congress and hoped the report would speak for itself.