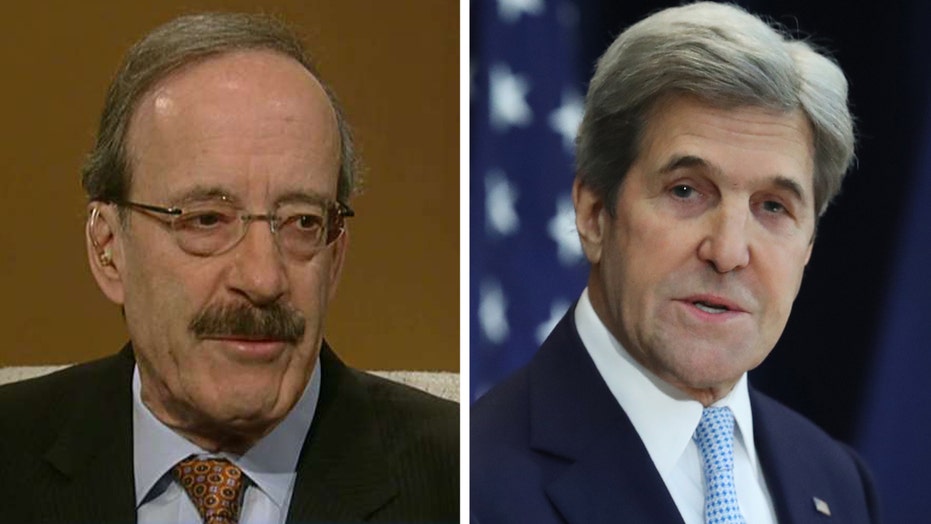 Secretary of State John Kerry is under fire for his blunt speech taking aim at the Israeli government -- with criticism coming from not only congressional Republicans, but also from members of his own party.

The defiant secretary of state used the speech Wednesday to defend the decision by the Obama administration to abstain on a U.N. Security Council resolution calling Israeli settlements in the West Bank and East Jerusalem a violation of international law. The abstention allowed the measure to pass Friday – enraging the Israelis and drawing a strong rebuke from Prime Minister Benjamin Netanyahu.

In his speech defending the abstention, Kerry rebuked what he called the “settler agenda,” which he claimed is hurting prospects for peace.

“Friends need to tell each other the hard truths, and friendships require mutual respect,” Kerry said. He called the current government the "most right-wing" in Israel's history and claimed its agenda is "driven by the most extreme elements."

Kerry’s speech was instantly met with a fresh wave of criticism from Republicans, with President-elect Donald Trump tweeting: “We cannot continue to let Israel be treated with such total disdain and disrespect.”

"Secretary Kerry’s speech today was at best a pointless tirade in the waning days of an outgoing administration. At worst, it was another dangerous outburst that will further Israel’s diplomatic isolation and embolden its enemies," he said.

However, Kerry’s words were also criticized by senior members of his own party, with Schumer accusing him of emboldening extremism.

“While Secretary Kerry mentioned Gaza in his speech, he seems to have forgotten the history of the settlements in Gaza, where the Israeli government forced settlers to withdraw from all settlements and the Palestinians responded by sending rockets into Israel,” Schumer said.

"While he may not have intended it, I fear Secretary Kerry, in his speech and action at the [United Nations], has emboldened extremists on both sides.”

Some high-profile Democrats, such as House Democratic Leader Nancy Pelosi, D-Calif., backed Kerry. Pelosi called Kerry’s speech “a reaffirmation of America’s commitment to a secure, Jewish and democratic Israel, and a state for the Palestinians.”

But Rep. Eliot Engel, D-NY., accused Kerry on beating up on Israel while laying off the Palestinians.

“The two state solution is the only way to get peace but what Secretary Kerry did was just beat up on Israel in a disproportionate way [and] sort of gloss over the terrorism that the Palestinians have used throughout these years,” Engel, the ranking member of the House Foreign Affairs Committee, said on Fox and Friends Thursday.

Engel also said he would be prepared to work with President-elect Trump on strengthening the U.S. relationship with Israel in the future.

“I think support for Israel in Congress is bipartisan and should remain bipartisan and if President Trump is working with us on Israel, I’m perfectly happy to work with the President of the United States,” he said.

Other Democrats made positive remarks about the speech, while also noting their continued opposition to the abstention. Sen. Benjamin Cardin, D-Md., said he shared a number of Kerry’s concerns, specifically on the lack of progress on a two-state solution, but said “I remain disappointed by the Obama Administration’s decision not to veto UN Security Resolution 2334 last week.”

"The United States will have a role to play in helping both parties reach the goal of lasting peace, even if that involves highlighting uncomfortable facts on the ground, as Secretary Kerry did.  Nonetheless, I continue to believe that the U.N. Security Council is the wrong forum for critiquing Israeli policies,” he said in a statement.