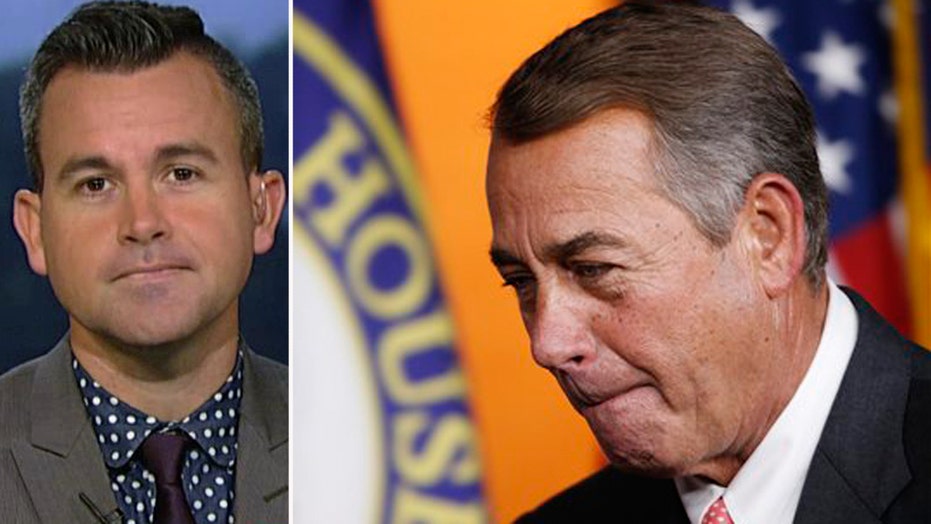 House Speaker John Boehner announced Friday that he will resign his post and his House seat in October in a move that stunned Capitol Hill lawmakers.

But now that the Ohio Republican has announced he is on his way out, what happens next?

It is the full House that elects a new speaker. Once Boehner resigns, the total number of members in the House will be 434. An absolute majority of the House is required to elect a new speaker, not a simple majority -- meaning the magic number of votes that a candidate must get is 218.

Democrats will run one candidate, and Republicans will run another. However, technically anyone can be nominated or voted on on the floor of the House.

The last time a vote for a new speaker went to a second ballot was in 1923 when it took four ballots to re-elect Frederick Gillett, D-Mass., over nine days.

Once Boehner resigns, the House will be unable to do anything until it elects a new speaker.

Boehner’s resignation is rare, but not unprecedented. The last speaker to resign in the middle of a Congress was Speaker Jim Wright, D-Texas who resigned in 1989 amid an ethics scandal.