Spirited Debate: Hudson Institute's Nina Shea on mounting pressure for State Department to speak on a declaration of genocide

The State Department will miss a congressionally mandated deadline to decide whether to call ISIS atrocities against Christians and other religious minorities a genocide, a spokesman said Wednesday.

The March 17 deadline was set as part of the 2015 omnibus government spending bill.  A resolution passed the House Monday with a unanimous vote of 383-0 on Monday saying ISIS is committing genocide. However, the State Department says Secretary John Kerry needs more time.

“He just wants to be able to make or base his decision on the best evidence available and he has requested additional evidence, information in order to [make that decision]," Toner said.

It is not clear what legal recourse Congress may have to enforce the deadline. A spokesman for Speaker Paul Ryan, R-Wis., told FoxNews.com that Ryan will address the issue at a press conference Thursday.

“Last week, ISIS militants killed 16 people, including four Catholic nuns, at a retirement home in southern Yemen,” Ryan said in a statement Monday. “This is the latest in a string of brutal attacks committed by ISIS against Christian and other minorities. Yet the administration has still not called this what it is: A genocide.”

“We want to label what this is so this never happens and should not happen, and someone has to stand up,” House Majority Leader Kevin McCarthy, R-Calif., told Fox News’ Bill Hemmer Monday.

"For four months now, the House has been pressing the administration to acknowledge that ISIS is committing acts of genocide.  And for four months, we’ve been told an announcement is coming shortly," House Foreign Affairs Committee Chairman Ed Royce, R-Calif., said of the process.

A declaration of genocide has been supported by presidential candidates, including Sen. Ted Cruz and former Secretary of State Hillary Clinton. 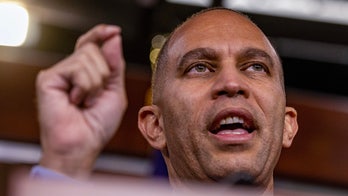 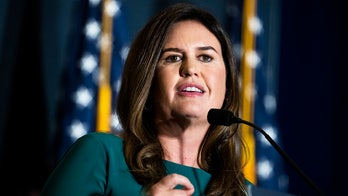