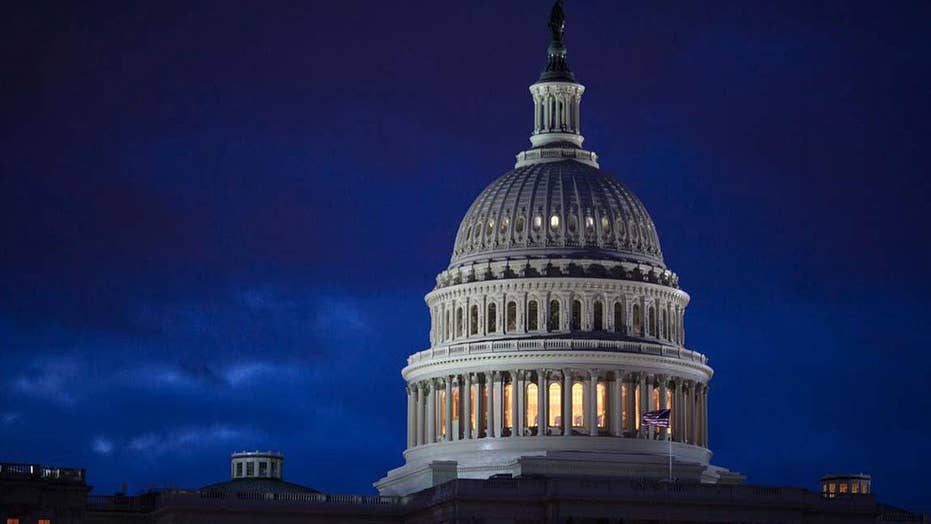 The Trump administration is facing an "alarming" and "unprecedented" cascade of media leaks that pose a potential danger to national security, according to a Senate report released Thursday.

The Republican-authored report, which estimated the administration has dealt with roughly one leak per day, was sent to Attorney General Jeff Sessions. The authors urged law enforcement officials to step up their investigation of leaks exposing potentially sensitive information.

“To ensure the security of our country’s most sensitive information, federal law enforcement officials ought to thoroughly investigate leaks of potentially sensitive information flowing at an alarming rate,” the report's executive summary said. It was compiled by Chairman of the Senate Homeland Security and Governmental Affairs Committee Ron Johnson, R-Wis., along with the committee’s majority staff.

The authors examined media leaks stretching from President Trump’s inauguration on Jan. 20 to May 25, the president’s 126th day in office. According to the report, in that time period, the Trump administration faced one leak a day involving information potentially damaging to national security under the standards laid out in an executive order signed by then-President Barack Obama in 2009.

“Articles published by a range of national news organizations between January 20 and May 25, 2017 included at least 125 stories with leaked information potentially damaging to national security,” the summary said, noting that the leaks are “potential violations of federal law, punishable by jail time.”

The report states that the leaks flowed about “seven times faster” under the Trump administration than during the first 126 days of both Obama’s and George W. Bush’s presidency.

“It is also apparent that the arguments often used to justify leaks are at odds with the Trump administration—that leakers are bringing to light potential illegality, unwise policies, or concerns about the President’s temperament—have no legal basis,” the report found.

“We share the majority’s concerns about the need to prevent leaks of classified information and plan to continue to work in our oversight capacity on this issue,” Drew Pusateri, spokesman for Ranking Member Claire McCaskill told Fox News

The report said 78 of the leaks concerned the probe into Russian election meddling and potential collusion with the Trump campaign in the 2016 presidential election, revealing intelligence community intercepts, FBI interviews and intelligence, grand jury subpoenas, and “the workings of a secret surveillance court.”

The committee’s report noted that “no single law governs unauthorized disclosures,” but cited potential violations of the Espionage Act, which are punishable by up to 10 years in prison.

In a letter to Sessions attached to the report, Johnson said it is the “responsibility of the Justice Department” to decide whether the leaks justify criminal prosecution.

“By necessity, this examination was not comprehensive, and it required some judgement calls on which leaks constituted potential damage to national security,” Johnson wrote, noting that “if anything” the report analysis only presents a “conservative estimate” of the volume of leaks.