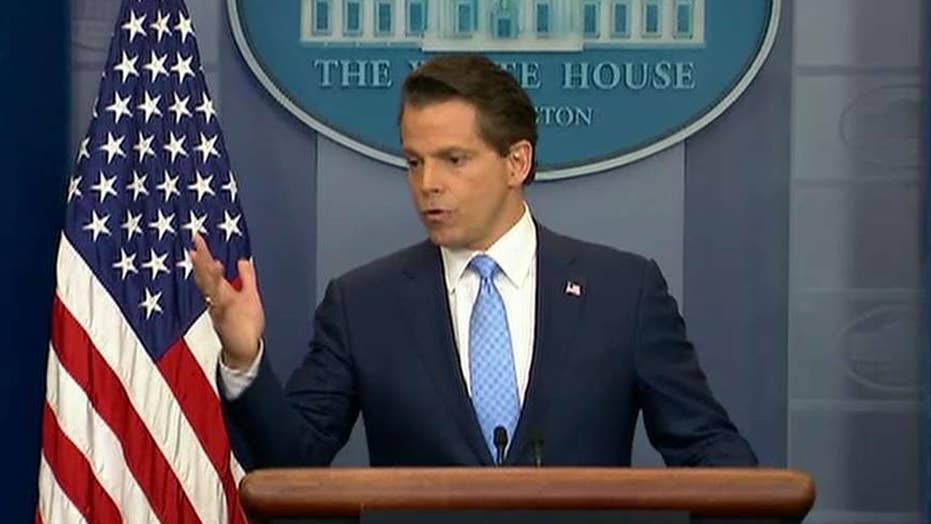 Scaramucci fires back at Trump, says president 'eventually turns on everyone'.

Anthony Scaramucci made a full break with President Trump on Monday in the wake of a weekend Twitter feud, saying he no longer supports his former boss for reelection and suggesting he face a Republican primary challenge.

The former White House communications director cited the president’s rhetoric and Twitter habits as a reason for the GOP to make a change.

“I think you have to consider a change at the top of the ticket when someone is acting like this,” Scaramucci told CNN Monday morning.

Following the appearance, Scaramucci said he had remained supportive of Trump over the past two years “based on private interactions and select policy alignment,” but claimed that “divisive rhetoric” eventually kept him from supporting Trump at this time.

During the interview, he predicted that the Republican Party as a whole will eventually follow suit.

“I think what will end up happening is sound and reasonably minded men and women in the Republican Party will say, ‘Wait a minute, we can’t do this.’ He is giving people a license to hate, to provide a source of anger to go after each other, and he does it on his Twitter account.”

Scaramucci, who served a notoriously brief stint as White House communications director, escalated his criticism in the wake of Trump's response to the mass shooting in El Paso, accusing the president of focusing on himself more than survivors during a visit to the grieving city. Talk of a primary challenge among Trump's critics, however, so far has not resulted in any formidable bid. For now, Trump only faces a challenge from former Massachusetts Gov. William Weld.

“He goes after individuals as the president of the United States on his Twitter account, okay, which incites hate, which incites death threats," he said. "I mean, at some point, I think the people in my party will have to look at this stuff and stop being anesthetized to it and say, ‘Hey, what are we doing?’”

This followed an Axios interview where Scaramucci compared Trump to the nuclear reactor meltdown Chernobyl.

When CNN's John Berman asked point-blank if he is no longer supporting Trump as president, Scaramucci said, “Yeah, I think that’s pretty obvious from over the weekend.”

The weekend included a tweet from Trump, who responded to negative comments from Scaramucci on television by saying that his former communications director “was quickly terminated (11 days) from a position that he was totally incapable of handling,” and “would do anything to come back in.”

Scaramucci responded by tweeting Sunday, “Eventually he turns on everyone and soon it will be you and then the entire country.”