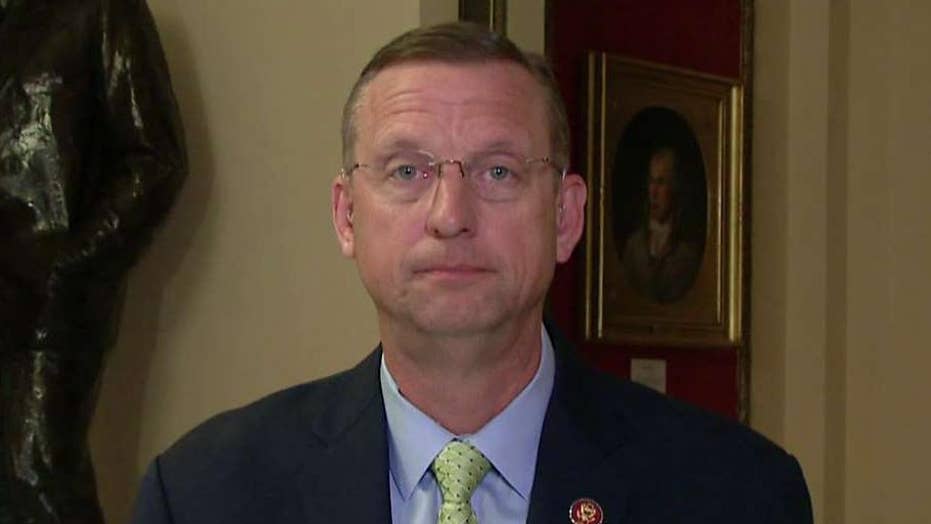 Rep. Collins: We need to get to the truth about the bias that led to Russia probe

Congressman Doug Collins, R-Ga., said Democrats still can’t get over the fact that Donald Trump beat Hillary Clinton for the presidency in 2016, comparing the Mueller report summary to a breakup letter for Democrats.

“I think the weekend was a tough time for them because I think they lost their first love,” Collins said on “America’s Newsroom" Wednesday.

“They got a note back from Mr. Mueller saying we're wanting to break up because the collusion wasn't there, because obstruction wasn't there. So I think they're now trying to figure out what do they do next.”

Collins added, “And sometimes they just go out and they want to do other investigations because simply they still cannot get over the fact that November 2016 happened, Donald Trump became president, not Hillary Clinton.”

“Let's go back and find out exactly where we started this. Why did we come to this part. And this is something Bill Barr has said that he's willing to look into. It's something that our transcripts that we've been releasing have shown that there was a bias, that there was an agenda driven at the Department of Justice and at the FBI,” Collins told co-host Sandra Smith.  “This is the truth that the American people need to see. They need to have confidence in their Department of Justice.”

Collins said Republicans will address other issues but want to focus on the DOJ and how the two-year investigation by Mueller began.

“We have a policy agenda. We're going to continue to talk about a president who has done great things with the economy with deregulation. We want to focus on those things but we're also going to focus on the truth of what happened at the DOJ,” Collins said.