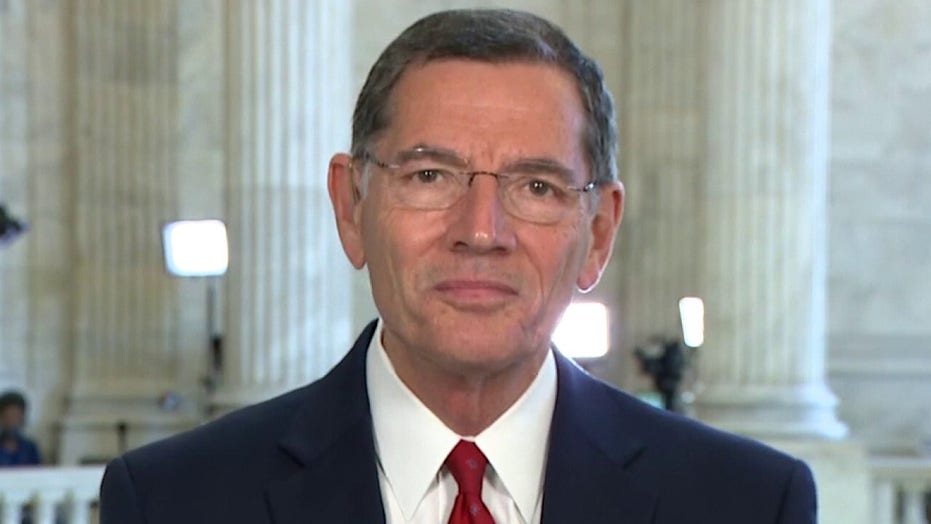 Senate Democrats are poised to sink Republicans' police reform legislation by depriving them of the 60 votes needed to even start debate on Sen. Tim Scott's Justice Act.

The Senate on Wednesday is expected to take a procedural vote to advance the police reform package. Democrats have panned the legislation as falling short and a non-starter, while Republicans accused Democrats of blocking discussion on necessary legislation in the wake of George Floyd's death.

"We have Chuck Schumer with a chokehold on the Justice Act and our opportunity for police reform in America," Sen. John Barrasso, R-Wyo., said Wednesday.

Schumer, D-N.Y., said leading civil rights groups have rejected Scott's bill as woefully inadequate and he urged Republicans to work with them on a bipartisan solution, rather than putting up a partisan piece of legislation that will undoubtedly fail.

"It's fundamentally and irrevocably flawed," Schumer said of the GOP bill. "Here's the problem. It will never get 60 votes in the Senate. ... There is no pathway of amending the bill in a significant way that gets 60 votes on the amendments. It is a cul de sac cynically designed by Leader [Mitch] McConnell so that he can say he can do something but do nothing. There is no way that we emerge with a bill if this is the base bill, plain and simple."

The current partisan standoff in the Senate does not bode well for police reform even though people are marching in the streets nationwide demanding action against police brutality toward African-Americans.

The House this week is expected to pass the Democrats' preferred police plan, known as the Justice in Policing Act, authored by the Congressional Black Caucus and Sens. Cory Booker, D-N.J. and Kamala Harris, D-Calif. If the Senate passes its own police legislation, the two bills could head to a conference committee to find some bipartisan compromise.

But passing a bill out of the Senate is looking increasingly unlikely. In order to get onto Scott's bill this week, 60 votes are required. Republicans have 53 members, so they need the help of seven Democrats to hit the necessary mark. But with the election right around the corner and control of the Senate up for grabs, there seems to be little movement in Washington for a bipartisan solution on policing.

Senate Republicans said if Democrats help them secure the 60 votes necessary to begin discussing the police reform bill, they would have an open amendment process to consider their suggestions and could emerge with legislation that will actually improve the policing situation in America.

But Democrats say the underlying bill is so flawed, it could never pass. They panned McConnell for excluding Democrats from drafting bipartisan legislation and for trying to blame them for when their GOP bill fails.

Scott's bill doesn't ban chokeholds outright -- as the Democrats' bill does -- and doesn't end qualified immunity that can protect cops from lawsuits from victims of police brutality.

The GOP legislation, however, would beef up requirements for law enforcement to compile use of force reports. It would also establish the Breonna Taylor Notification Act to track “no-knock” warrants. To focus on ending chokeholds, it encourages agencies to do away with the practice or risk losing federal funds.

Scott, who has spearheaded the GOP legislation and talked emotionally about his own encounters with police, questioned whether Democrats were more concerned about scoring political points in an election year than actually making policy.

"If they won't even start it, that tells me that this is already over," Scott, R-S.C., said of the vote on opening debate.