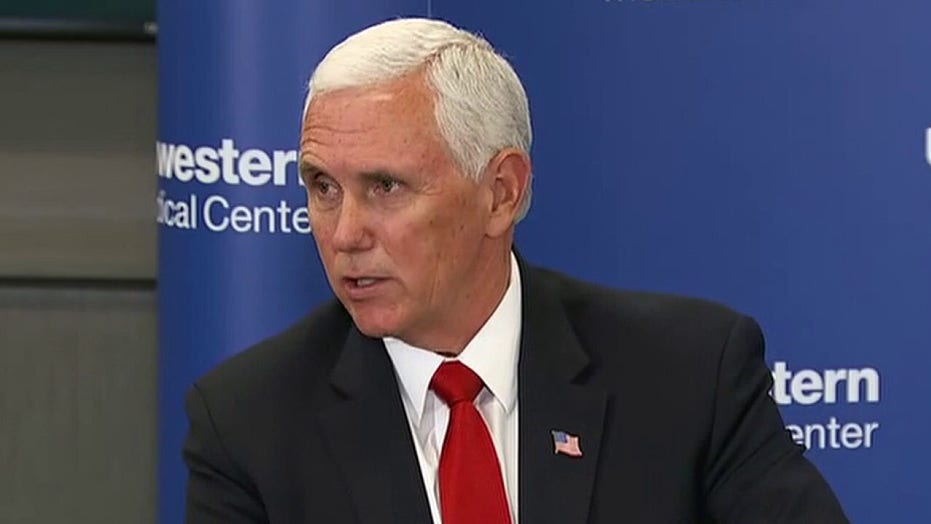 Pence calls on Americans to 'wear a mask'

Vice President Mike Pence delayed a trip to Arizona earlier this week after several of the Secret Service agents tasked with preparing the itinerary tested positive for the coronavirus or showed symptoms, according to reports.

Pence decided to move the trip from Tuesday to Wednesday this week to allow time for healthy agents to get to Arizona when at least one agent in the state had a confirmed case. Eight to 10 agents and federal officers showed symptoms, the Washington Post reported, citing two senior Trump administration officials speaking on condition of anonymity.

The trip was postponed due to other factors related to the virus as well, The New York Times reported.

Last Saturday, a spokesman for Pence told Fox News he had canceled campaign events in the state due to surging virus cases, but still planned to meet with the governor there to assess the situation.

He met with Ariz. Gov. Doug Ducey in Phoenix for a short visit and news conference at the airport Wednesday to discuss the virus.

"I've instructed the acting secretary of homeland security to move out immediately to provide additional doctors, nurses and technical personnel," Pence said at the news conference. "Help is on the way and we’re going to spare no expense to provide the kind of reinforcements that you will need across the state, should this pandemic continue to spread."

The vice president also postponed campaign events in Florida this week. Both states have reported record virus numbers amid reopening and have since reclosed some businesses.

A Pence spokesperson neither confirmed nor denied the validity of the story to the Post, writing, "Instead of highlighting Vice President Pence’s concerted effort with Task Force members to visit and support states with new cases, The Washington Post is choosing to use its pages to report on a story of little use to every day Americans attempting to learn more about how coronavirus affects them or the Administration’s response efforts.”

A spokeswoman for the Secret Service said the agency doesn't comment on its methods and didn't confirm agents had tested positive but said, “the health and safety of our work force, their families, and that of our protectees remains the agency’s highest priority," according to the Post.

Pence's press secretary, Katie Miller, tested positive for the virus as well in early May. She has since recovered.

Both the president and vice president are tested for the virus daily, the White House has said.