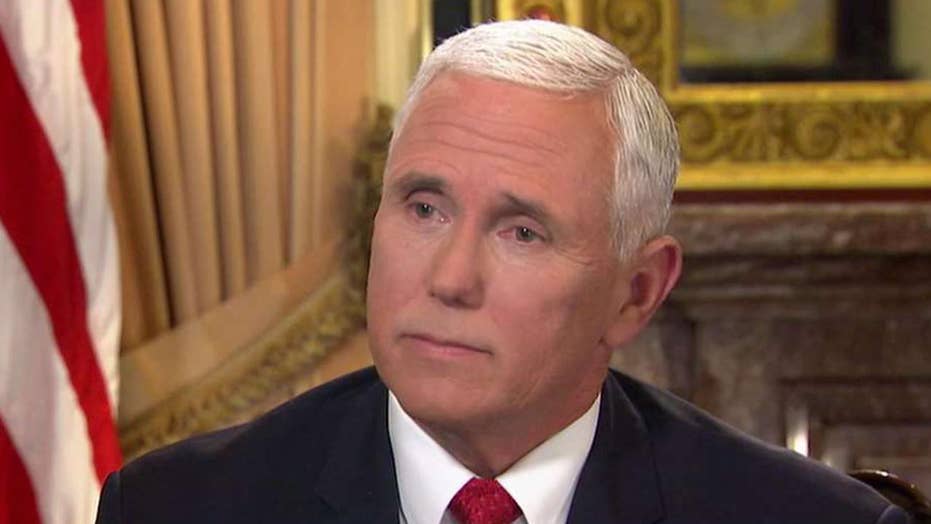 In a wide-ranging interview with Bret Baier, Vice President Pence says the White House is encouraged by the early response to President Trump's Supreme Court nominee, that Trump believes in engagement with Russia, and that the president was right to dismiss General Flynn.

“These aren't your parents' liberals anymore. I mean, the truth is the Democratic Party's gone further to the left than ever before -- and you need to look only at Missouri Sen. Claire McCaskill,” Pence told a crowd of more than 500 at the Kansas City Marriott Downtown, according to a transcript released by the White House.

“Time and again, Claire McCaskill has voted ‘no’ on the policies that Missouri supports and Missouri needs,” he continued. “I don’t know about the rest of you, but I think Missouri deserves better."

“Time and again, Claire McCaskill has voted ‘no’ on the policies that Missouri supports and Missouri needs. I don’t know about the rest of you, but I think Missouri deserves better.”

Pence’s speech was briefly interrupted by a protester who objected to the family separations at the U.S.-Mexico border.

“Mike, where are the children? Shame on you!” the protester shouted – only to be drowned out by the rest of the crowd chanting “U-S-A!” as police escorted the man out,” the Kansas City Star reported.

Another protester told the outlet he wanted to confront "one of our leaders with the plain facts of their human rights abuses” and that the police gave him a trespassing warning.

Pence used the speech to assail McCaskill -- a senator since 2007 -- for voting against the GOP's tax cuts and prop up her Republican challenger, Missouri Attorney General Josh Hawley, who, according to multiple polls, is trailing just by 1 percent ahead of their November showdown. 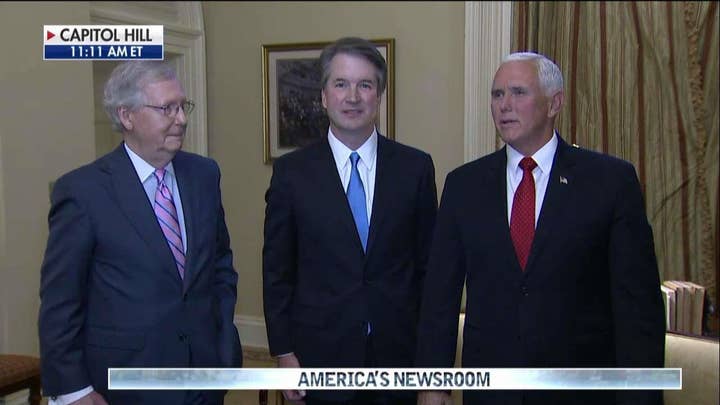 “Every single Democrat in Congress voted against President Trump’s tax cuts. When it came time to cut your taxes, Sen. Claire McCaskill voted no,” Pence said, pointing out that she also voted “no” on bills that would have repealed ObamaCare and barred Planned Parenthood and so-called “sanctuary cities” from receiving federal money.

The vice president went on to pressure McCaskill to support President Donald Trump’s nominee for the Supreme Court, Brett Kavanaugh, noting that she sided with Senate Minority Leader Chuck Schumer during the confirmation of Judge Neil Gorsuch and voted no as well.

Democrat McCaskill is facing a tough challenge from Hawley, who has managed to stay neck-and-neck with the incumbent in the polls. The Republican challenger criticized the Democrat for her opposition to Trump, a conscious strategy in a state that Trump carried by nearly 19 points in 2016.

But McCaskill’s campaign is fighting back, telling the Star that she voted for two-thirds of Trump’s judicial nominations.

The campaign also slammed both Pence and Hawley, saying they should be explaining “why the President is jeopardizing thousands of Missouri jobs with this Administration's reckless trade war and why his tax bill gave a massive windfall to the pharmaceutical drug companies when they haven't lowered the price of a single prescription drug."