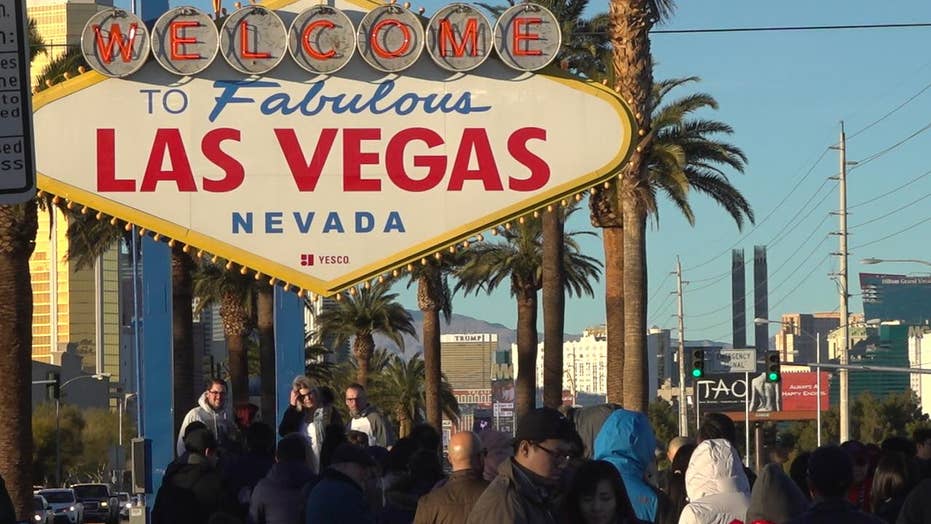 LAS VEGAS -- While a lot of the focus for the 2020 presidential primary race typically lies with Iowa or New Hampshire, an unsuspecting state out West might serve as a true bellwether for Democrats – Nevada.

Unlike Iowa or New Hampshire, which are predominately white, Nevada has a diverse population that could serve as the first true test for Democrats to appeal to their base.

“You know with Nevada being third in line there's not very many delegates at stake. But it is a very diverse state,” Lucy Flores, a former member of the Nevada State Assembly and Democratic strategist, told Fox News. “And it is very indicative of the population of the rest of Nevada that make up the rest of the United States. Nevada is very much the face of this country in terms of demographics, in terms of gender, age, etc.”

With a change in the presidential primary calendar, California’s primary comes just a few days after the Nevada caucus – which could play an important role in how candidates approach the Silver State.

“I think candidates feel that you know, if I do put in some time there [Nevada] this might pay off,” David Damore, a University of Nevada at Las Vegas political science department chair, told Fox News. “If I can sort of get the right team in place, if I'm able to appeal to the constituencies that really show up at that caucus -- hey, that can give me a win early on in the primary season that may be useful for building momentum going forward.”

With the caucus system in place, as opposed to a primary, candidates will also have to have a more systematic strategy to engage the community.

“You really have to have candidates who are dedicated to building an operation early. You cannot walk into a caucus state and expect to just have support and people who understand how to support the candidate that they like without there being some sort of a grassroots operation,” Flores said, adding that candidates come to the state “nine to 10 months” in advance of the caucus to establish their operation.

The Hispanic community makes up 28.8 percent of the population in Nevada, with the African-American community representing just under 10 percent, according to the U.S. Census Bureau. The white population of Iowa and New Hampshire is roughly 91 percent and 93 percent, respectively.

While a large majority of Latinos in Nevada are Democrat, they don't vote in lockstep for the party like many Hispanics in California and New York. A large majority of Nevada Hispanics, about 71 percent, according to Pew, voted for former Republican Gov. Brian Sandoval when he ran for re-election in 2014.

Nevada’s diverse population will prove as a good testing ground for Democratic presidential hopefuls, and whether their messaging will work in the Latino community, Democratic strategist Chuck Rocha said.

“There's such a diverse working-class group of Latino voters in Nevada. It will set the stage for what's coming next which will be this huge test in big, big states with lots and lots of Latinos -- which is California and Texas,” Rocha told Fox News.

Cecia Alvarado, the Nevada state director for Mi Familia Vota, a non-partisan organization promoting civic engagement in the Latino community, said the Silver State is an opportunity for presidential candidates to engage with a crucial demographic that is estimated to account for 32 million eligible voters nationwide in 2020.

While immigration is a key concern for Latino voters, Alvarado notes they are also looking to change the narrative and no longer want it to be the sole issue that defines the group.

“They don't want to become target of a political campaign. They want to be included in the conversation with the candidates,” she added. “They want candidates that focus not only on immigration but on the economy and education and healthcare.”

And with Nevada ahead of the delegate-rich state of California, Rocha believes it will be crucial for presidential candidates to spend time courting voters in the Silver State to prove their electability.

“You do not want that narrative out there in the first state that really has a diverse population of people of color that you've just bypassed it and went on to all of these other states -- that's a slap in the face to that community and the Latino vote and the person of color vote,” Rocha said.

California Sen. Kamala Harris and Massachusetts Sen. Elizabeth Warren are among the first presidential candidates who will visit Nevada within the next few weeks to pitch voters and try to establish themselves early in a state that might play a significant role in what's expected to be a crowded Democratic field.