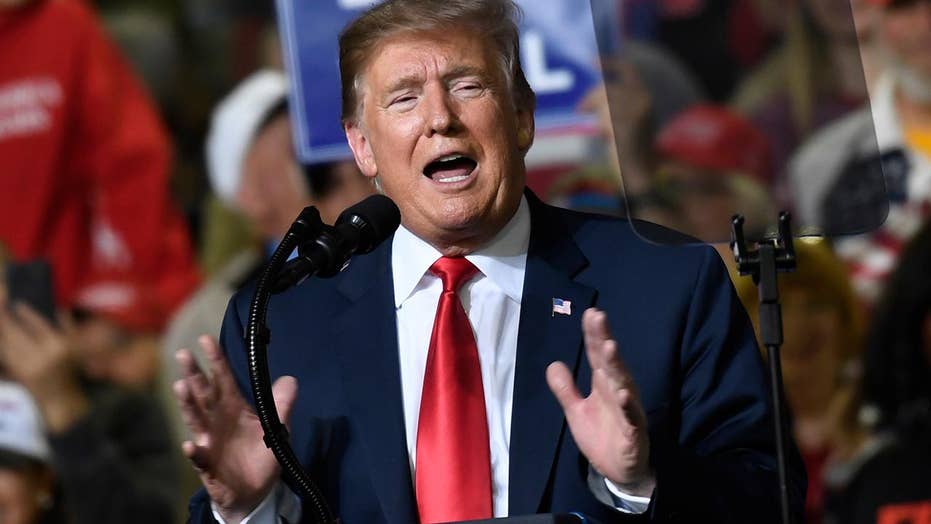 The setting would seem appropriate, as a source close to Weld told Fox News on Wednesday that it’s likely the former governor will announce he’s taking a step toward primary challenging Republican President Trump.

Weld -- a very vocal Trump critic -- is staying mum on what he’ll announce when he speaks at the New Hampshire Institute of Politics at Saint Anselm College, telling Fox News, “I’m not going to say what I’m going to say until I get there.”

“You’ve got to wait until Friday,” he added.

But another sign that Weld may be getting ready to launch an extremely longshot bid to topple the president is his schedule.

Former Massachusetts Gov. Bill Weld could be gearing up for a White House run. (AP)

The former two-term Massachusetts governor during the 1990s is returning to New Hampshire a week and a half after Friday’s appearance. Weld will speak Feb. 26 at New England College’s Town Hall Meeting Series, a popular forum for presidential candidates and potential White House contenders.

Weld switched parties and ran as the Libertarian vice presidential nominee in the 2016 election. But he recently re-registered as a Republican in Canton, the suburban Boston town where he resides.

Regardless, the New Hampshire GOP isn’t rolling out the welcome mat.

“He ran as a Libertarian vice presidential candidate in 2016. As far as we’re concerned he’s a Libertarian and he can’t flip-flop back and forth for political expediency,” newly elected state party chair Steve Stepanek told Fox News recently. “We don’t consider him a Republican. We don’t want him back as a Republican.”

Stepanek, who served as co-chair of Trump’s 2016 presidential campaign in New Hampshire, explained that “if there is a legitimate national Republican candidate, then under the bylaws I have to remain neutral. I’m not going to be supporting them by any means, I’m just not going to be going against them.”

While the president’s endured a rough few months – from the loss of the House GOP majority in November’s midterm elections to the political hits he took over the partial federal government shutdown – Trump remains popular with Republicans.

Those who might challenge Trump remain would be considered extreme underdogs who would have to face off against not only a hard-charging president but also a Republican Party that remains firmly supportive of the president.