Members of Congress gathered at the Granger Community Church in Granger, Indiana, on Thursday to pay their respects to the late Rep. Jackie Walorski, R-Ind.

The Republican congresswoman, beloved by members of both parties, tragically died Aug. 3 in a car crash in Elkhart County, Indiana, when another car crashed head-on into her SUV.

"She lived with true grace. She was direct. She had the highest respect of every colleague," McCarthy said. 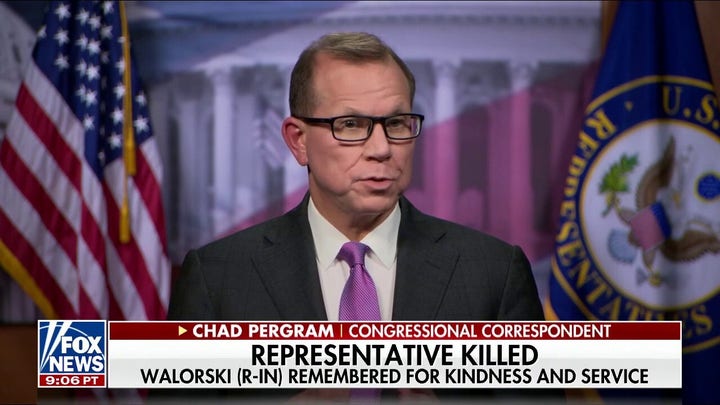 "Jackie was prepared for today. Because Jackie’s someplace else today," he said.

House Republican Whip Rep. Steve Scalise, R-La., said Walorski "lived every day living out her faith but also carrying this spirit with her."

A tearful Rep. Ann Wagner, R-Mo., talked about Walorski as a friend. The two lived in the same apartment building and both started their congressional careers in 2013, sworn in on the same day.

"We were a small sorority of only 19 Republican women … and we needed to stick together," Wagner said, recalling times when the two women and others would gather at Wagner's apartment.

"To my friends and colleagues in Congress," Wagner said, fighting back sobs, "we have truly lost one of the best of us."