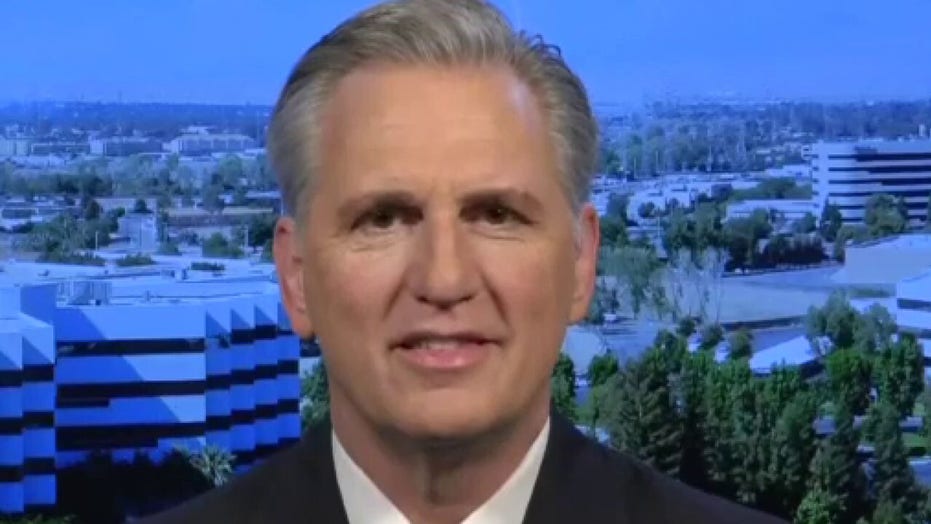 House Minority Leader Kevin McCarthy, R-Calif., is confident that after staying late into the night Friday, Congress will be able to effectively address the impact of the coronavirus pandemic in a way that will meet the needs of the American people.

McCarthy said that after House Democrats presented a bill that he believed contained too many divisive policies, he felt it was necessary for everyone to buckle down and figure out legislation that would work.

PELOSI ON CORONAVIRUS: 'WE WILL COME OUT STRONGER THAN BEFORE'

“We went late because the original bill put forth by Speaker Pelosi was just not workable, and as I said on Thursday we should take a deep breath, not leave Congress, take the next 24, 48 hours and fix it and actually come together, McCarthy told Fox News' "Sunday Morning Futures," adding that he felt they needed to "take the parts that divide us and let’s unite for the American public.”

McCarthy said that the House's legislation has three main goals: allowing everyone to get tested who needs it, providing sick leave for people to take care of themselves or a loved one, and making sure that the Department of Veterans Affairs VA and Department of Defense have the necessary resources to take care of veterans.

One concern McCarthy noted was the effect legislation would have on small businesses, who would be forced to deal with employees taking paid time off of work. Now, he says, those businesses will have a degree of relief available to them.

“The Secretary of Treasury will now advance the money to small business for that quarter to pay for that sick leave going forward for that short time period,” McCarthy said, pointing out the importance of having a sunset for the measures being taken.

In the midst of negotiations in Washington and Americans nationwide taking extreme measures to prevent spreading the virus, House Speaker Nancy Pelosi was optimistic that all would be well in the end.

"Now, working together, we will once again prevail, and we will come out stronger than before," Pelosi said.

On Sunday, McCarthy echoed that sentiment.

"America working together can get through anything that we need," he said.

The bill will next go to the Senate, which has canceled their planned recess this week to work on the legislation.