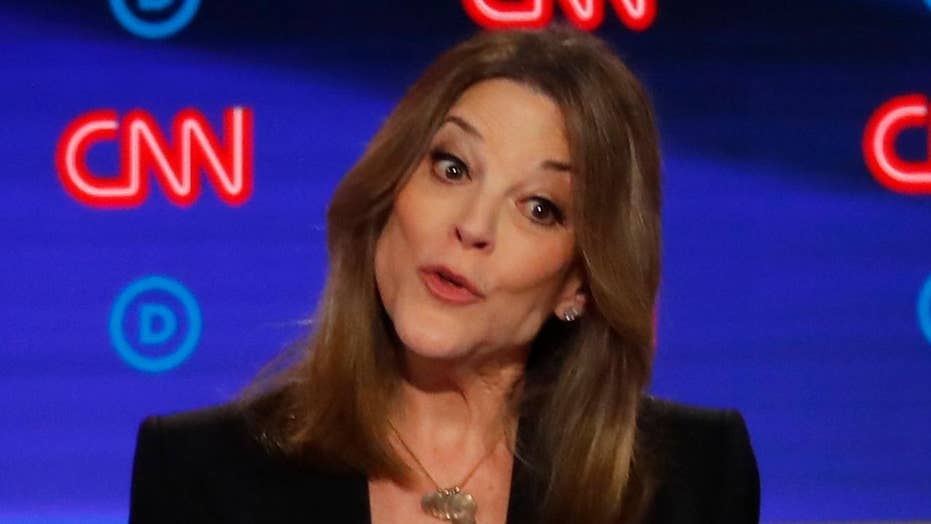 Is Marianne Williamson right about the US health care system?

Democratic 2020 presidential candidate Marianne Williamson on Friday defended hiring a former Bernie Sanders staffer to head her Iowa campaign even though he was accused by a subordinate of sexual assault in 2016.

Robert Becker served as Sanders’ Iowa caucus director in 2016 and would likely have worked on his 2020 campaign, Politico reported. Instead, he was ousted from Sanders’ team earlier this year after a much younger staffer who worked underneath him alleged he forcibly kissed her on the last night of the Democratic National Convention and put his tongue in her mouth, according to Politico.

The woman also claimed Becker said he had always wanted to have sex with her and made other lewd references, which Politico reported others corroborated.

Robert Becker, who was the Iowa state director for Sen. Bernie Sanders' 2016 presidential bid, has been accused of forcibly kissing a younger female subordinate during the campaign. (Getty Images)

But Williamson said she was willing to look past the allegations against Becker.

“I believe in forgiveness. I believe in redemption. I believe in people rising up after they’ve fallen down,” Williamson said. “I had not read anything or heard anything that made me feel this was a man who never deserved to work again.”

“I believe in forgiveness. I believe in redemption. I believe in people rising up after they’ve fallen down. I had not read anything or heard anything that made me feel this was a man who never deserved to work again.”

Becker “categorically” denies the accusations and said he remembered the night was filled with “hugs and kisses," Politico reported.

The Sanders campaign in 2016 was rocked by numerous complaints of sexual harassment by members of the staff. In January, Sanders wrote an apology said his campaign staffers' standards for personal conduct should have been higher.

"The allegations speak to unacceptable behavior that must not be tolerated in any campaign or any workplace," Sanders wrote in a statement.