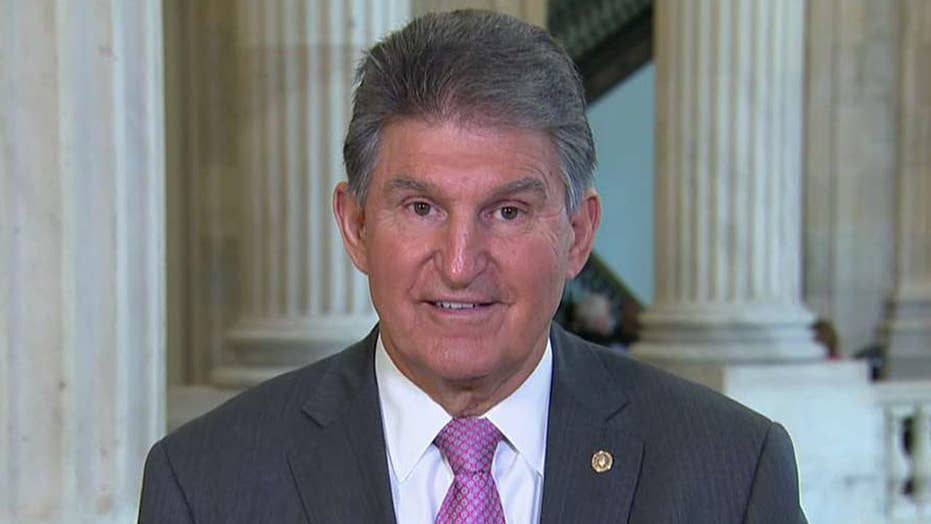 Democrat senator says the root of the border security problem is illegal immigration and the 2013 bill addresses the issue.

Democratic Sen. Joe Manchin on Tuesday dismissed criticism from a freshman congresswoman about a pro-Israel bill bearing his name that is now at the center of a congressional firestorm.

“We don’t have a better ally than Israel,” Manchin, D-W.Va., told Fox News’ “America’s Newsroom,” describing the legislation as a rebuke to anti-Semitism.

He was responding to controversial comments from Michigan Democratic Rep. Rashida Tlaib, who in criticizing the legislation was herself accused of invoking an anti-Semitic slur.

The legislation, co-sponsored by Manchin and Republican Sen. Marco Rubio, would punish companies that participate in the so-called "Boycott, Divestment, and Sanctions" (BDS) global movement against Israel. BDS proponents seek to pressure Israel through economic and other means.

"They forgot what country they represent," Tlaib, a Palestinian-American who made history last week by becoming one of the first two Muslim women to serve in Congress, tweeted of the bill’s supporters.

"This is the U.S. where boycotting is a right & part of our historical fight for freedom & equality. Maybe a refresher on our U.S. Constitution is in order, then get back to opening up our government instead of taking our rights away," she added. 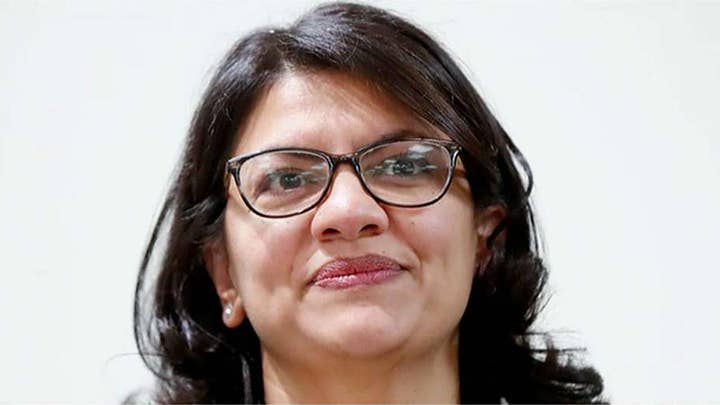 Rubio swiftly accused Tlaib of referencing the “dual loyalty” charge that has long been used to suggest Washington politicians, including Jewish members, are controlled by Israel. Rubio called it a “typical anti-Semitic line” and argued, “if boycotting #Israel is constitutionally protected, then boycotting companies that boycott #Israel is also constitutionally protected.”

ADL CEO Jonathan Greenblatt issued a statement saying: “Representative Tlaib's tweet regarding the pending bill on the Senate floor has been interpreted by some as suggesting that Jews or Members of Congress, such as the sponsors of the bill, are more loyal to Israel than to their own country. Whether or not this was her intent, this type of language is deeply problematic.

“… There is no reason to include implicit or explicit accusations of dual loyalty when otherwise criticizing legislation that bears on Israel.”

Manchin, reacting to Tlaib’s comments, said Tuesday that the bill is meant to address anti-Semitism in the BDS movement.

“Anti-Semitism can’t be tolerated in any way, shape, or form,” he said. The Democrat, known to buck his party at times, has also scolded Tlaib for her profanity-laced vow last week to impeach President Trump.

The legislation in question is part of a package of Middle East-related bills that are being pushed by Senate Republicans amid the partial government shutdown now in its 18th day.

Critics have charged that the bill amounts to an unconstitutional First Amendment violation, because it involves an impermissible government punishment of speech based on its content. But Democratic leaders also have pushed to resolve the shutdown before dealing with those pieces of legislation.

Addressing such calls, Manchin told Fox News on Tuesday that he still plans to push the pro-Israel bill, even as he backs legislation to start reopening shuttered agencies.

“I’m not going to cut my nose off to spite my face,” he said.