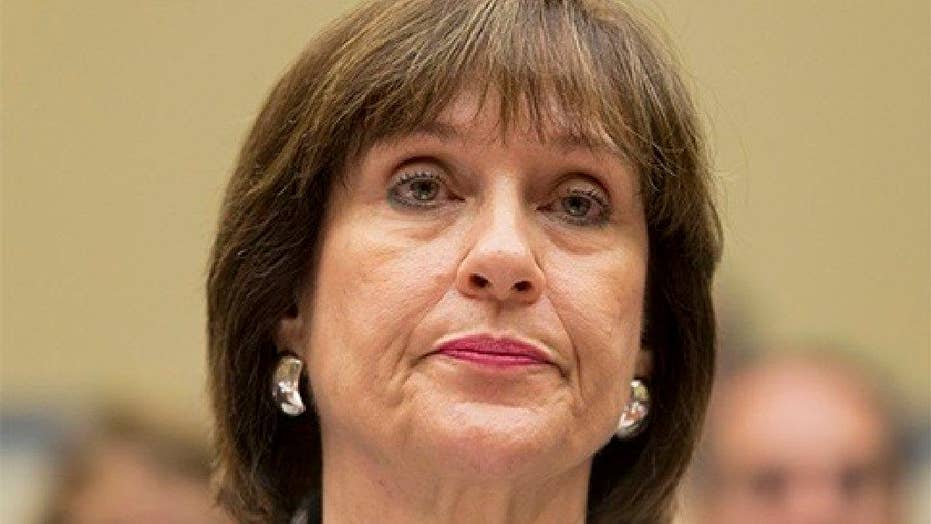 Reaction on 'The Story' as Lois Lerner fears Tea Party-related testimony could ruin her life.

Former IRS official Lois Lerner and her deputy are asking a federal court to keep their testimonies in the Tea Party targeting case private forever, over fear of death threats and potential harm to their families if the documents go public.

Lerner and her deputy Holly Paz filed a motion last Thursday to keep the materials—including tapes and transcripts of their depositions—sealed due to threats they have received in the past.

Court documents, reviewed by Fox News, said the “public dissemination of their deposition testimony would expose them and their families to harassment and a credible risk of violence and physical harm.”

Lerner and Paz pointed to comments from Tea Party leader Mark Meckler that the lawsuit would “treat the IRS like the criminal thugs they are.” The court filing argued that his comments have created a “fertile environment where threats” against them have “flourished.”

Lerner and Paz argued that publicity would “renew the threats and harassment,” and said they have presented “compelling reasons” to “override” unsealing the deposition transcripts and summary judgment materials quoting them.

The request was first reported by The Washington Times.

The Justice Department told Fox News on Monday that the testimonies of both Lerner and Paz remain sealed.

Lerner and Paz’s attempt to keep them sealed comes after the Trump administration, after years of litigation, settled lawsuits with the Tea Party and other conservative groups who said they were unfairly targeted by the IRS under the Obama administration.

Attorney General Jeff Sessions last month announced the Justice Department had entered into settlements with the Tea Party groups whose tax-exempt status was significantly delayed by the IRS dating back to 2013, “based solely on their viewpoint or ideology.”

The settlements involved payments to the plaintiffs and an apology from the IRS.

“The IRS’s use of these criteria as a basis for heightened scrutiny was wrong and should never have occurred,” Sessions said in a statement at the time. “It is improper for the IRS to single out groups for different treatment based on their names or ideological positions.”

The scandal drew heavy attention in 2013, when the IRS admitted it applied extra scrutiny to conservative groups applying for nonprofit status.

Lerner, who was then head of the Exempt Organizations unit responsible, became the public face of the scandal, though other IRS officials were involved as well.