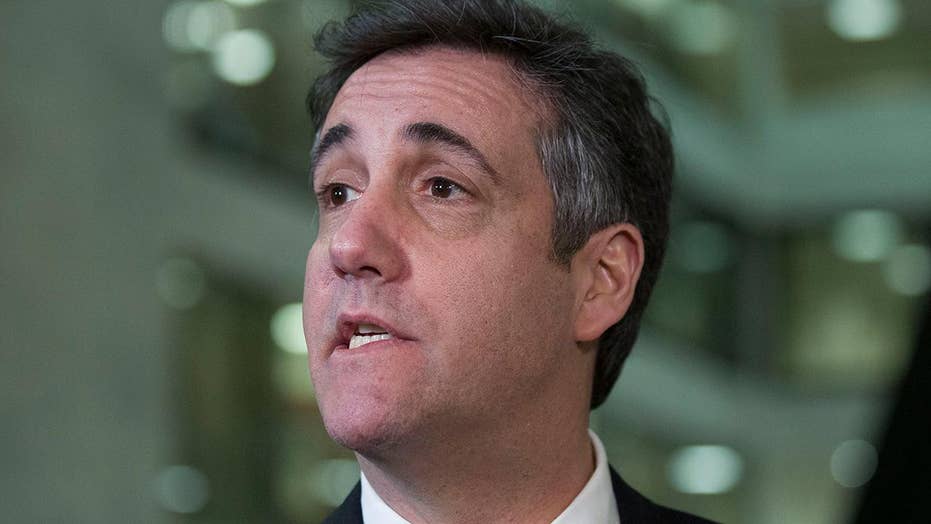 Michael Cohen testifies before the House Oversight and Reform Committee

Graham lit up the Democratic Party for holding the Cohen hearings on the same day as President Trump was meeting with North Korean leader Kim Jong Un in Hanoi, Vietnam.

“A new low for House Democrats: holding hearings with Michael Cohen while President Trump negotiates with North Korea about giving up their nuclear arsenal,” the South Carolina Republican wrote in a statement.

“Democrats’ hatred of Trump is undercutting an important foreign policy effort and is way out of line.

“If Republicans had pulled such a stunt, the mainstream media would be outraged!”

The statement came as Cohen’s testimony got underway on Capitol Hill. Trump's long-time lawyer is set to accuse his former client of knowing that his adviser Roger Stone was reaching out to WikiLeaks concerning the publication of stolen Democratic National Committee emails.

But Cohen apparently will not claim Trump directed those communications, and Cohen will specifically assert that he lacks direct evidence of improper collusion by the Trump campaign with Russia -- a significant admission, given Cohen's longtime status as the president's former top lawyer and fixer.

RNC TELLS MICHAEL COHEN TO 'HAVE FUN IN PRISON,' AS GOP PREPS WAR ROOM AHEAD OF TESTIMONY

"Questions have been raised about whether I know of direct evidence that Mr. Trump or his campaign colluded with Russia," Cohen will testify. "I do not. I want to be clear. But, I have my suspicions."

In his prepared remarks, which were obtained by Fox News and first reported by Politico, Cohen will additionally point to what he will call an "unusual" episode in Trump Tower in approximately June 2016, when Donald Trump, Jr. supposedly whispered about a "meeting" in Trump's ear -- followed allegedly by Trump's reply, "Ok, good. Let me know."

Trump has maintained that he did not know in advance about the meeting -- backing up Trump Jr., who told the Senate Judiciary Committee the same thing in September 2017 and would face potential criminal liability if he were lying. But the administration has changed its accounting of whether Trump was personally involved in drafting a response to media reports about the meeting.