A group of Republican lawmakers has renewed an effort to undo pension cuts to military retirees included in the recently passed budget agreement and offset the costs by reining in an IRS credit that illegal immigrants have claimed.

The bipartisan budget agreement, which scales back some of the sequester-driven spending cuts, was approved by the Democratic-controlled Senate Wednesday on a vote of 64-36, six days after clearing the Republican-run House by a similarly bipartisan margin of 332-94.

To offset added spending for programs like Head Start and education, the legislation provides about $85 billion in savings from elsewhere in the budget. Included is a controversial provision that curtails annual cost of living increases in benefits that go to military retirees under age 62.

The cuts to military retiree benefits result in a savings of $6.3 billion over a decade for the government.

A new proposal by Rep. Mike Fitzpatrick, R-Pa., would remove the adjustments to military retirement benefits and offset the costs by closing a tax loophole that has allowed illegal immigrants to claim fraudulent cash payments through the Refundable Child Tax Credit.

“This nation desperately needs a return to fiscal normalcy and bipartisan cooperation. While the Bipartisan Budget Act is a step in that direction, it does so partly on the backs of our brave military veterans,” Fitzpatrick said in a statement. "What I’ve done is introduce a bill to remove that burden from our military retirees and replace it with common sense reforms."

According to a 2011 Treasury Inspector General report, the Internal Revenue Service mailed $4.2 billion in child-credit checks to undocumented immigrants in 2010.

"Millions of people are seeking this tax credit who, we believe, are not entitled to it. We have made recommendations to the IRS as to how they could address this, and they have not taken sufficient action in our view to solve the problem," the report said.

Prior to Wednesday's vote, Sen. Jeff Sessions, R., Ala., failed in a last-minute bid to use a parliamentary procedure to force a vote on an amendment he wrote to undo the cuts for military retirees, which would have closed the child tax credit loophole.

Rep. Martha Roby, R-Ala., one of 45 co-sponsors on the Fitzpatrick bill, praised Sessions' attempt to stave off the cuts and accused Senate Majority Leader Harry Reid of using "procedural tactics" to block the GOP effort.

"We need to make this right," Roby said in a statement. "In the coming weeks, we will try to use our position of strength in the House majority to improve upon the budget agreement and better prioritize our budget savings."

The broader political fallout of the budget's passage was harder to calculate.

Tea party organizations lined up to oppose the legislation, arguing that it would raise spending. Deficits are projected to rise slightly for three years because of the bill. Three potential GOP presidential contenders, Sens. Marco Rubio of Florida, Rand Paul of Kentucky and Ted Cruz of Texas, all opposed the bill.

So, too, did the party's top leaders, Sen. Mitch McConnell of Kentucky and John Cornyn of Texas, and several members of the rank and file who face primary challenges from the right next year.

On the final vote Wednesday, all 53 Democrats, two independents and nine Republican voted for the bill. Defeating the measure would have required a fresh round of negotiations with the House, with no guarantee that a partial shutdown could be avoided when current government funding expires on Jan. 15. 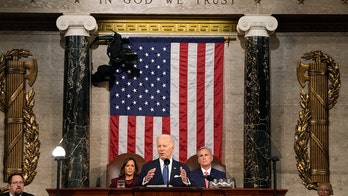