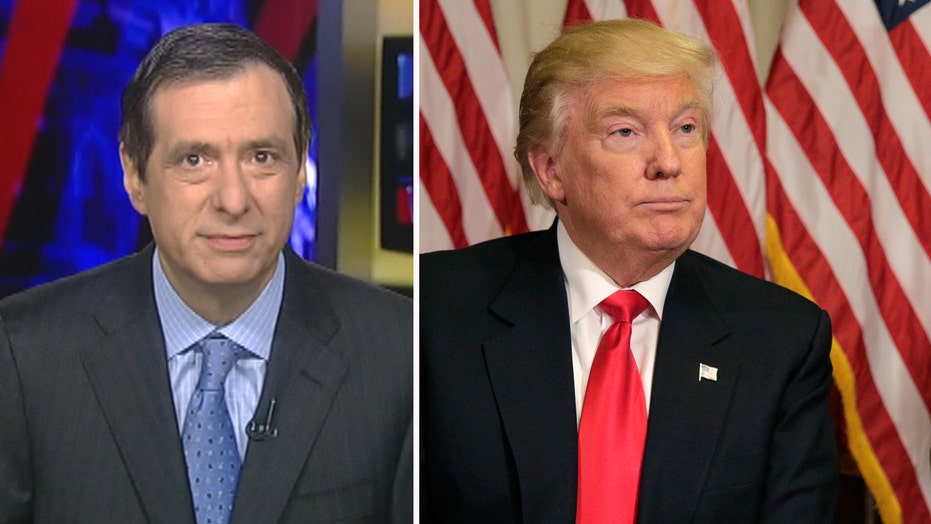 During his sitdown with Lesley Stahl, a new Donald Trump seemed to be emerging.

He spoke more slowly and more soberly, seemingly aware that every word could send shock waves around the world. The bombast was largely gone. It was as if, three days after the election that virtually no one thought he would win, the weight of the office was now sitting squarely on his shoulders.

Every president-elect goes through some version of this realization, but perhaps especially one who has never held political office.

What was striking about the “60 Minutes” interview—and Stahl did a good job, pressing him without being confrontational—was the way Trump appeared to be deliberately sending signals. One interview does not a presidency make, but the clear impression was of a man trying to reconcile his rhetoric with the realities of Washington.

On same-sex marriage, Trump said the Supreme Court had spoken and he was “fine” with that. His answer didn’t surprise me, because I asked him about the ruling last year and he didn’t want to make an issue of it.

On abortion, he declined to say he wanted Roe v. Wade overturned. Trump said he would appoint pro-life justices and perhaps at some point abortion would be returned to the states.

On naming a special prosecutor to investigate Hillary Clinton, Trump deflected the question by saying he hadn’t given it much thought. I don’t think it will happen.

On immigration, he said he would build a wall—perhaps it will include some fences—and would deport criminal aliens who are gang members and drug dealers. Nothing about mass deportations of the 11 million living here illegally.

Now perhaps this softening, if you want to call it that, will upset some of his core supporters, the same ones who might object to Reince Priebus as White House chief of staff.

But I suspect they will give the new president some leeway, understanding that every president has to work within the system. Ronald Reagan shook up Washington, but he also compromised with Democrats.

Obviously there will be some issues that Trump won’t compromise on, and then the two sides will slug it out. But that’s why we have elections.

And then there was Twitter. Trump told Stahl that while tweeting was a very effective campaign weapon, he will be “restrained” as president, if he uses it at all.

After the interview, he uncorked a series of tweets about unfair coverage by the “failing” New York Times, claiming the paper has lost thousands of subscribers. (The Times says it’s actually gained subscribers since the election.)

Will President Trump keep on doing this and whacking the media whenever he feels like it? Or will he be too busy trying to carry out his agenda and deal with world leaders?

That, at the moment, is a question that hangs over the incoming administration.