Counselor to the president Kellyanne Conway speaks out on the census showdown and border crisis on 'Fox &amp; Friends.'

"Major meow moment, a brushing back in a huge catfight. Really ridiculing them," said Conway, accusing the four Democrats of "preening around" at the detention centers, but then rejecting a bill to improve the situation.

"You know who suffered? The people suffered, our brave men and women at Border Protection, the kids who these Democrats pretend they care so much about." 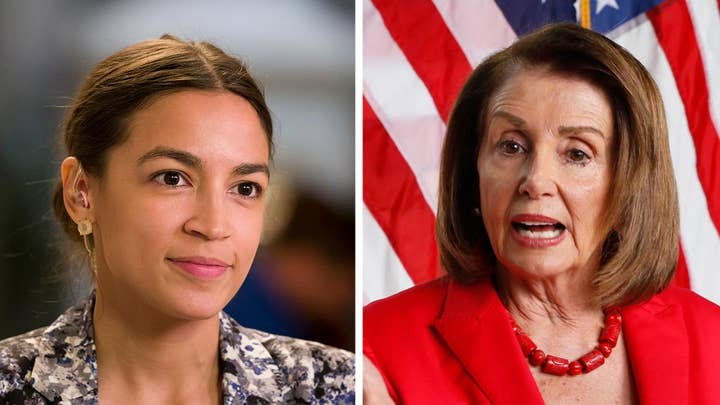 Pelosi blasted the White House Monday for keeping up efforts to include a citizenship question on the 2020 census.

During Monday's press conference on election security, Pelosi called President Trump's battle over the census "disgraceful," pointing to his Supreme Court setback that rejected the administration's argument for having a question about citizenship in the census.

“This is about keeping -- you know, 'Make America'- his hat? Make America White Again,” she continued. “They want to make sure that people -- certain people -- are counted. It’s really disgraceful and it’s not what our Founders had in mind.”

Conway called Pelosi's comments "incoherent," adding she is not surprised at Pelosi's feelings on the matter, since she represents the sanctuary city of San Francisco.

"San Francisco is a beautiful city and should be restored to its greatness by getting a lot of these nonsense politicians out of the way, who look the other way," she said, pointing to the killing of Kate Steinle in the city by an illegal immigrant who had been deported previously.