Morning Joe's had his fill of Special Counsel Robert Mueller.

Morning Joe's had his fill of Special Counsel Robert Mueller.

During Wednesday's show, MSNBC host Joe Scarborough lit into Mueller in a fiery rant, calling on him to make the trek to Capitol Hill and testify on the finding of his controversial report.

After dispensing with that advice, a charged-up Scarborough turned critic and blasted the special counsel's attempts to stay above the political fray.

"I’m sorry, does he really think that it is every American's -- the way they want to spend their day reading the Mueller report?" Scarborough asked during an interview with Rep. Jim Himes, D-Conn.

JOE SCARBOROUGH: SANDERS, CONWAY WILL HAVE TROUBLE GETTING JOBS IN DC FOR THE REST OF THEIR LIVES

"Some people are not going to read that government document. I want to know why Robert Mueller thinks he’s above coming to Capitol Hill and testifying for Americans?"

And the former Florida congressman wasn't done there, as he then turned up the heat on his Democratic guest.

"I want to know something else, Jim. Why don’t you subpoena him? This is absolutely ridiculous," he charged.

"[Mueller] documented ten examples of the President of the United States obstructing justice. He documented illegal, or at least very improper contacts between people associated with Donald Trump and Vladimir Putin. And you guys can’t get him on Capitol Hill to talk? And he’s too high and mighty to get on Capitol Hill and talk?

"This is absurd. That he somehow thinks he is above testifying.

"And by the way, since you asked, since you asked, if all he’s going to go is read the Mueller report, then you know what I would do? I would say, do me a favor, you’ve listed ten examples of how Donald Trump obstructed justice. Number seven is pretty incredible. Could you read that for me, please? And if he goes, 'would you like me to read that for you?' You go, 'yes. Yes.' Millions and millions of dollars were paid for your report," 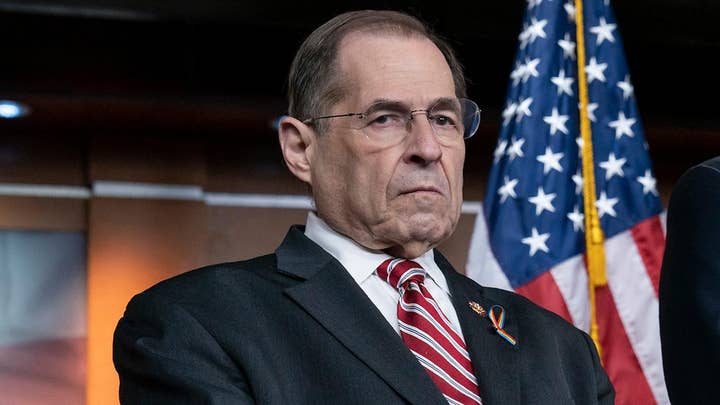 The MSNBC host wrapped up his tirade, saying: "Not everybody, Bob, is going to read it. So you read it for them. Like this is serious -- I’ll tell you what, as you can tell, I’m a little — this is outrageous that this guy has not been dragged to Capitol Hill to talk."

Himes then attempted to get things back on track and promised Mueller would eventually be subpoenaed but said any testimony he gives would be during a closed-door hearing.

'Number one, it’s going to happen. He's going to get subpoenaed," Himes said. "Look, we have a profound interest inside the intelligence committee in hearing about something that we haven't heard nearly enough. And by the way, it'll be behind closed doors so it's not necessarily going to be newsworthy."

Morning Joe's mood then mellowed toward the end of the interview, when he admitted his "love" for Mueller -- despite having spent the preceding minutes blasting him. 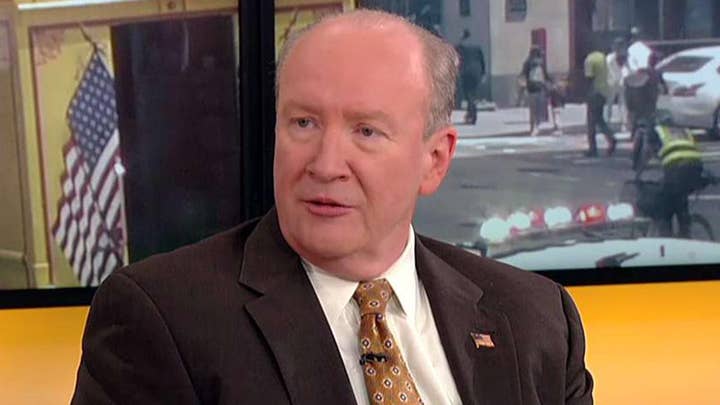 "He is a patriot. I love Bob Mueller. I do have a picture of Bob Mueller in my house," Scarborough said.

"This was a guy who was told he couldn't go to Vietnam, and... unlike Donald Trump, he busted his a-- to make sure that he could get there. He worked hard and he was a hero in Vietnam. He was a hero after 9/11. I have nothing but respect for him. But this coy routine is a bit much for me."