Obama Keeps Grasping for Game Changer on the Economy

“President Obama, this is your army. We are ready to march. Everybody here’s got a vote. Let’s take these sons of bitches out and get America back to an America where we belong.”

-- Teamsters President James Hoffa warming up the crowd with an anti-Tea Party tirade at a Detroit Labor Day rally for President Obama.

President Obama is in worse shape now with voters than he was one year ago just ahead of the worst electoral rout for Democrats since 1946.

Poll after poll, including those that usually buoy the president’s job-approval average, show Obama falling to new lows, and dissatisfaction with the direction of the country reaching levels not seen since the aftermath of the Panic of 2008.

With that as his backdrop, Obama will this week begin to release an economic and fiscal plan that he promised one month ago that he would reveal after his family vacation. The pitch will begin with an early evening speech on Thursday, already groaning under the massive expectations placed upon it by the White House. It was designed to be a “game changer” by a political operation obsessed with game changing.

That obsession is one of the reasons that the president has had such an unhappy 32 months in office. Unlike the campaign world of daily tracking polls and overnight sound bites, the presidency doesn’t lend itself much to game changing. While candidate Obama could end months of embarrassment over his former preacher’s radical views with one big speech on race and religion or stifle Hillary Clinton’s comeback with the endorsement of the Kennedy clan, President Obama can’t do the same thing for the downward direction of the economy.

All modern presidents are in permanent campaign mode, but this president and his team seem trapped by campaign psychology. After all of the purfled prose devoted to the genius of the Obama organization and the way in which it revolutionized American politics, it’s not surprising that Team Obama has a rather lofty view of itself.

Less discussed has been the matter of circumstance. No one may have ever been luckier in presidential politics than Obama, except for James Garfield who was surprised to learn at the 1880 Republican convention of his own nomination. With weak opponents and a perfectly timed financial panic, Obama was able to turn good oratory and a redemptive racial message into an improbable presidential victory.

But in office, Obama’s circumstances have been unfavorable. Democrats and Republicans may disagree about how much Obama’s policies are responsible for which parts of the recovery/recession, but there is broad agreement that they have failed. The only real disagreement in Washington is whether they were better than nothing. That’s not a great place for a president to be.

The president believed he had a game changing moment on the economy with the passage of a stimulus bill in February 2009. That, combined with the expansion of the Bush-era TARP program, was designed to jolt the economy back to life. The president and his team then waited for the good news to come rolling in.

Meanwhile, the president sought game changers on the health care industry, the banking industry and even Afghanistan. But his measures were unsatisfying to his supporters and provoked a massive political backlash from skeptical independents. Having not changed the game on the economy in his first year in office, Obama lacked the credibility with voters to move on to other issues.

Obama rose so quickly that he and his team apparently didn’t know that Washington really can’t walk and chew gum at the same time. A more seasoned politician might have made sure that Americans were feeling more economically secure before taking up other controversies.

The president’s supporters are now calling for another game changer. They want him to grab House Republicans by scruffs of their necks and shake a trillion-dollar stimulus program out of them or at least prove who the “sons of bitches,” “terrorists” and “barbarians” really are.

But the polls reveal that Obama lacks the political capital to ask for big things and lacks the public confidence necessary to embark on any more game changing. But the campaign psychology of Team Obama leaves them still looking for that magic moment and falling back on their old ways, even when the circumstances are so very different. And so, the big speech and the big expectations.

If his preview delivered to union supporters at a Labor Day rally outside of General Motors’ Detroit headquarters is any indication, the result be a speech that is a muddle of policy points combined with alternating streams conciliation and hostility toward congressional Republicans.

Obama has one year to convince Americans that he can be the guy they met on the campaign trail – Mr. Game Change. The replacement figure currently on offer – Mr. Shared Frustration – looks like a sure loser.

“While I think our current tax code is unfair and in need of massive overhaul, the super committee does not have the time or resources to sufficiently reform the tax code. But we do have time to reduce inequities, close loopholes, and eliminate outdated and unnecessary tax subsidies. The evidence is clear and convincing. There is a growing wealth gap in this country that is squeezing the middle class and pushing millions into poverty. We need to work together to address these urgent priorities.”

Republicans look at the super committee charged with reducing the size of future deficit increases as an irrelevancy at best. Democrats see it as a way to finance another round of economic stimulus.

The early line on the president’s economic and fiscal plan is that the Obama Democrats will call for another burst of deficit spending now but that the super committee can pay for it with tiny trims spread out over the next decade.

The president has explained that with rock-bottom interest rates, the federal government should do more borrowing now.

Among the policy points Obama and his fellow Democrats are expected to call for this week are:

*Offering a tax credit for employers who hire new workers

To pay for it, the president and his backers on Capitol Hill will propose that the deficit super committee overshoot its $1.5 trillion target. Increased taxes and more spending today in exchange for prospective cuts tomorrow.

Republicans hate this idea not just because they think that Keynesian stimuli don’t work but, because they know that future cuts are often phony cuts. The Clinton-era Medicare cuts are still being kicked down the road one year at a time and Washington is littered with the debris of past blue ribbon commissions and promises of future fiscal austerity.

This conflict will play out most acutely on the issue of taxes. Most Republicans favor closing loopholes in the corporate and personal tax codes – fewer incentives and subsidies. But GOPers would take that money and put it toward an overall rate reduction aimed at reviving the economy. Democrats would rather close the loopholes and then spend the money themselves on stimulus projects now and deficit reduction later.

Given a decade of fudgy fiscal forecasts, the cuts part of the super committee’s work won’t be that hard. But with the president demanding a tax hike on high earners and Republicans vowing to oppose anything that amounts to an overall increase, the tax issue promises to bedevil the deficit dozen.

“The administration came into office in the middle of a recession and decided it is going to revolutionize one sector of American life, one- sixth of the American economy and health care. You might want to do that in fat times. If you do it in lean times and introduce all the extra uncertainty, it makes economic expansion all the more difficult. No one has idea on what the cost on healthcare will be. It stops a business in its tracks.” 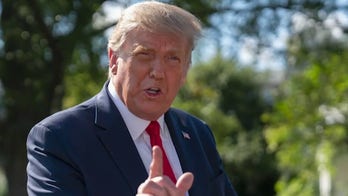