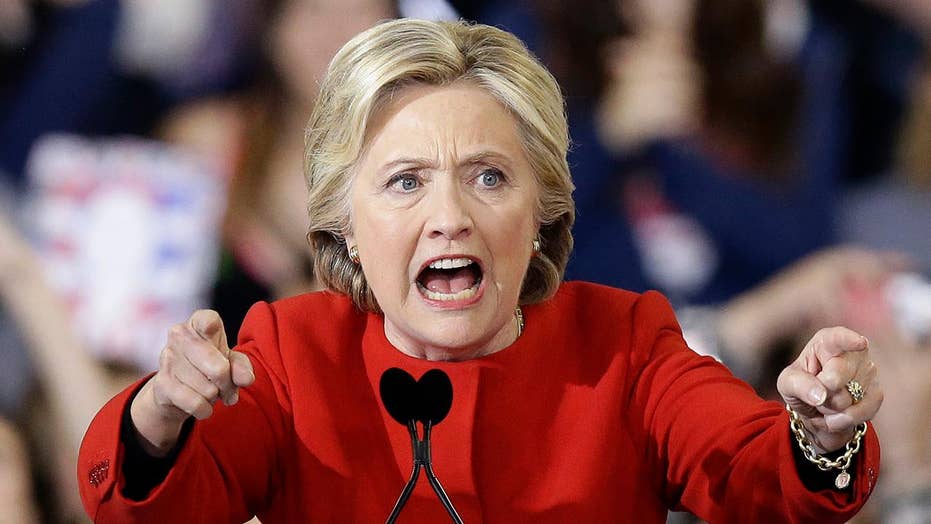 Reaction to Clinton's comments with our ladies night panel on 'The Story.'

Former Secretary of State and presidential candidate Hillary Clinton offered a stark view of the country on Sunday, comparing the current “crisis in our democracy” to the turbulence that occurred amid the Civil Rights movement of the 1960s.

Speaking during a reception in Selma, Ala. to mark the 54th anniversary of "Bloody Sunday” and to receive the International Unity Award at the Martin Luther King and Coretta Scott King Unity Breakfast, Clinton said that the United States is facing a "full-fledged crisis in our democracy."

"This is a time, my friends, when fundamental rights, civic virtue, freedom of the press, the rule of law, truth, facts and reason are under assault," Clinton said, according to the Hill.

Clinton is one of a number of Democratic leaders in Selma this weekend for the ceremonies surrounding the “Bloody Sunday” anniversary.

Not to be confused with the “Bloody Sunday” massacre in Northern Ireland in 1972, the events being remembered in Alabama occurred on March 7, 1965, when peaceful demonstrators were beaten back by Alabama state troopers as they attempted to cross the Edmund Pettus Bridge. It was a moment that galvanized support for the passage of the Voting Rights Act later that year. 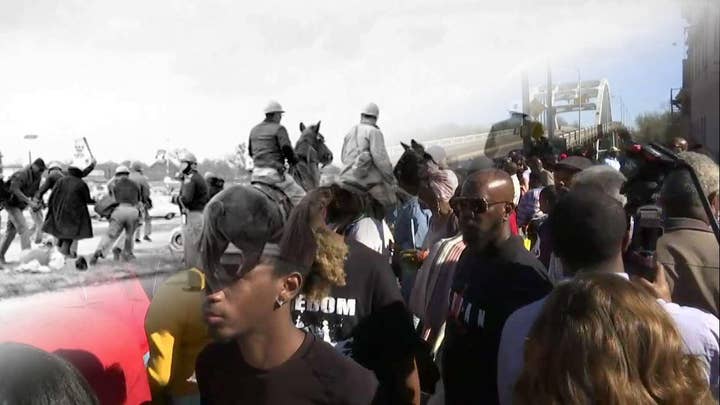 While Clinton did not specifically mention President Trump in her speech, she said that “racist and white supremacist views” have been buoyed by the current administration and warned that civil and voting rights were under attack in the U.S.

"To anyone who has ever wondered what you would have done during those defining moments that we read about in history books -- whether you would have risked arrest to demand votes for women or bled on the Edmund Pettus bridge to demand voting rights for all -- the answer is what you are doing now could be as important as anything that anyone has done before," Clinton said.

Voter suppression emerged as a key issue in the 2018 midterm elections in states such as Georgia and North Carolina, where a Republican congressional candidate was accused of rigging the contest there through absentee ballots. House Democrats signaled they plan to make ballot access a priority in the new Congress, introducing legislation aimed at protecting voting rights in 2020 and beyond.

Clinton, who lost to Trump in the 2016 presidential election and has remained a staunch critic of the current administration, was one of a number of Democrats in Alabama over the weekend. 2020 presidential hopefuls Sens. Bernie Sanders, I-Vt. and Cory Booker, D-N.J., are also slated to speak in Selma.