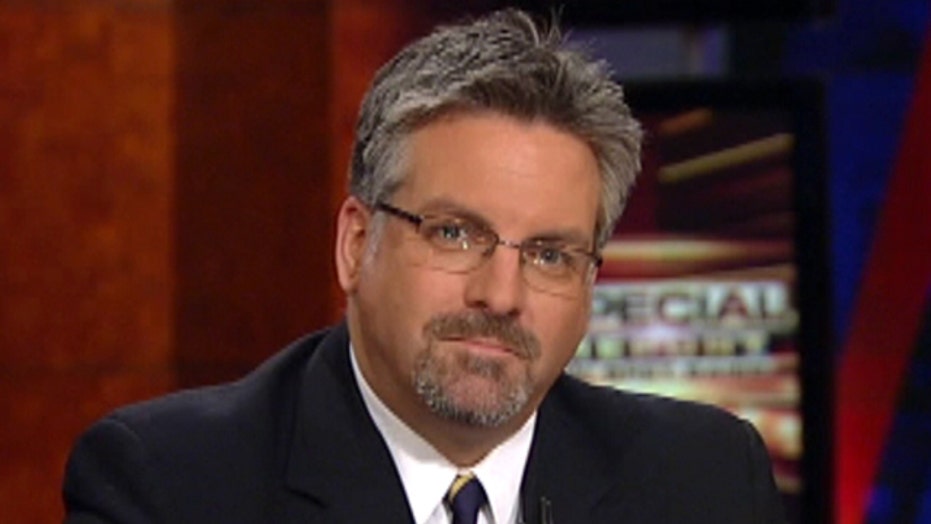 Fox News contributor Steve Hayes told viewers on "Special Report with Bret Baier" that Republicans have been "a little too wimpy" in the debate over whether to extend emergency unemployment benefits - a debate that was scheduled to be put to a vote on the Senate floor Monday night, until weather-related travel problems forced Senate Majority Leader Harry Reid to push the vote until Tuesday morning.

The expired benefits have been consistently renewed since the economy plunged into recession in 2008.  While Democrats nearly unanimously support extending the benefits again, some Republicans have voiced opposition to this extension because the current plan doesn't provide for spending cuts elsewhere to make up for the deficit.

"They make a very pragmatic, practical argument about deficit neutrality," Hayes said. "I think that's a fine argument, as far as it goes. But I think Republicans are being a little too wimpy on this. I think it's time to make a moral argument against extended unemployment insurance forever."

Hayes argued that the benefits, once granted sporadically for dire circumstances, could actually lead to greater unemployment levels and are in danger of effectively becoming an entitlement program.

"We’ve been hearing that it'll be cut off now for the better part of five years," Hayes said.  "There used to be widespread, bipartisan agreement in Washington that unemployment insurance was sort of the last place to go, the last place that somebody who was down on their luck could turn. Now, it's increasingly becoming a way of life."

"What's surprising to me," Hayes added, "is that Republicans aren't making a moral case about how often unemployment insurance that goes on forever leads to more unemployment."