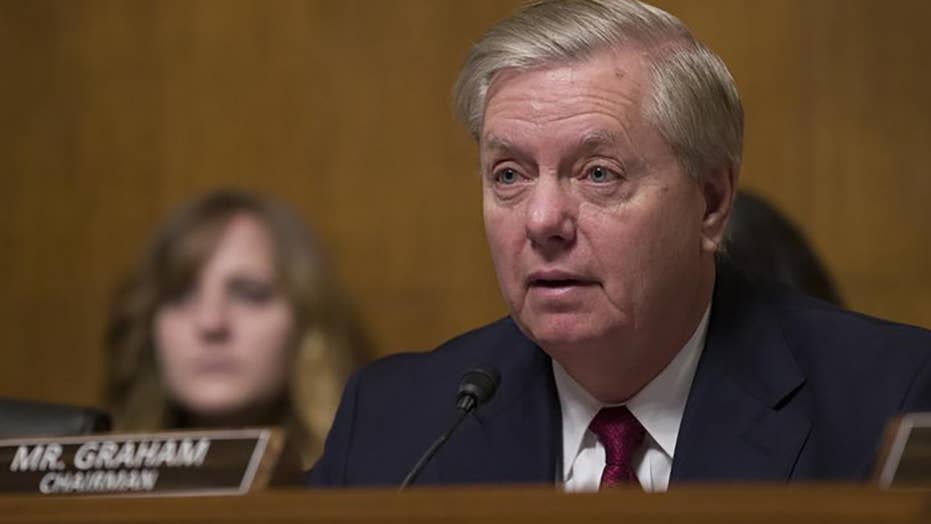 Sen. Lindsey Graham, R-S.C., on Wednesday unveiled a bill that would end asylum claims from Central America at the border and return unaccompanied minors to their home countries -- a targeted effort to tackle the escalating migration crisis.

“This is a nightmare for smugglers,” Graham said. “This is a godsend to stop the humanitarian disaster.”

Graham’s bill is designed specifically to deal with loopholes he says are encouraging migrants from Central America to make the treacherous journey north and bring children with them. He pointed in particular to the 20-day limit for authorities to hold unaccompanied minors and families before having to release them into the U.S. homeland.

“The word is out on the street in Central America if you bring a minor child with you, your chance of being deported goes to almost zero, your hearing date is years away and we release you inside the country and that's the goal of coming,” he said.

The bill would end asylum claims at the U.S. border for migrants from the Northern Triangle of Honduras, Guatemala and El Salvador. Instead, those applications would be filed at refugee processing centers set up in the Northern Triangle and Mexico. The legislation would also allow unaccompanied minors to be returned to their country of origin, which Graham said would be treating them the same as minors from Canada and Mexico.

His bill would extend the time families can be held together from 20 days to 100 days to help allow claims to be filed without families being released into the U.S. It would also add an additional 500 immigration judges to deal with the backlog of asylum claims.

Until these loopholes are dealt with, Graham said, other border security measures and funding are pointless -- including President Trump's call for a wall on the southern border. 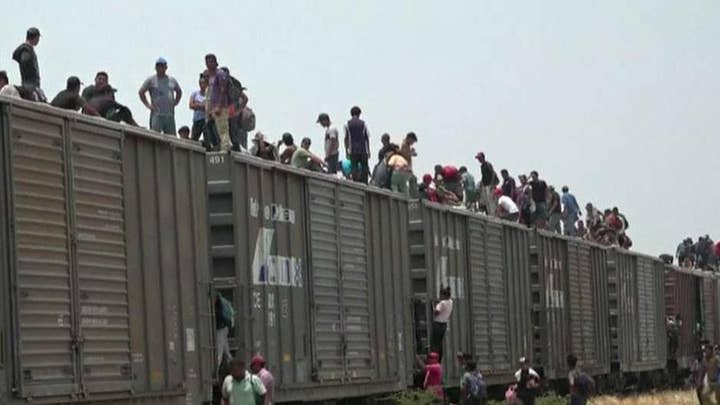 “No matter how high the wall will be built, how many drones you have, no matter how many agents you have in the border, they’ll keep coming because they want to get caught,” he said.

Graham told reporters he was prepared to work with Democrats on moving the bill in Congress.

“If we do these four things, then the incentives created by our laws will cease to exist, this humanitarian disaster will begin to repair itself and I am willing to sit down with Democrats and find a way to address the underlying problem in Central America,” he said. “I am willing to put other immigration ideas on the table to marry up with this but what I am not willing to do is ignore this problem any longer.”

Democrats initially appeared skeptical, with Sen. Dick Durbin, D-Ill., telling ABC News: “Any immigration proposal that is harsh on children seeking asylum and does not address the root causes that are forcing them to flee their home countries will fail to stem the flow of migrants and is a nonstarter."

Graham’s proposal comes after Customs and Border Protection said it apprehended or turned away more than 109,000 migrants attempting to cross the border in April, the second month in a row the number has topped 100,000.

Fox News confirmed Wednesday that The Transportation Security Administration (TSA) is planning to send hundreds of officials to the southern border to help the Department of Homeland Security with the crisis.