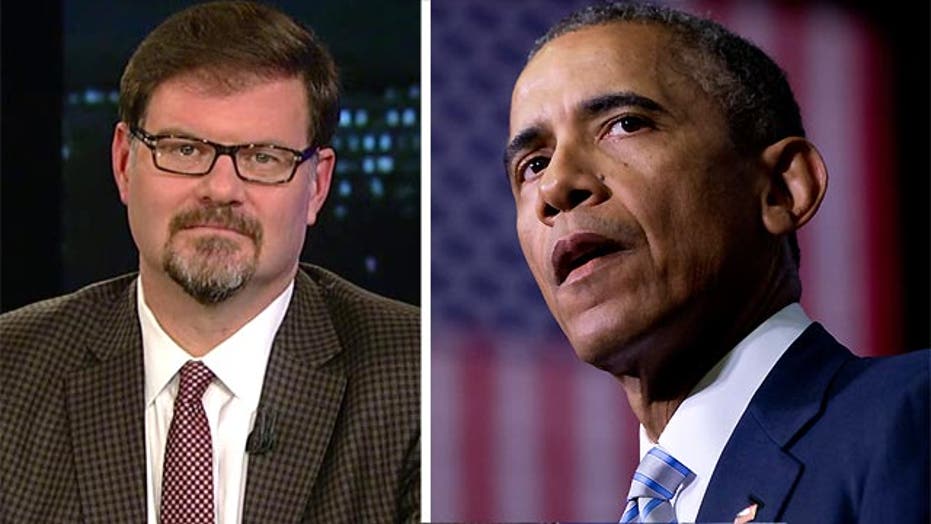 Goldberg: Obama's no-show in Paris part of a pattern

Jonah Goldberg told viewers Monday that President Obama's decision to skip a rally in Paris in the wake of mass shootings there underscores what he thinks is the administration's lackadaisical attitude on terrorist activity.

Jonah Goldberg told viewers Monday on “Special Report with Bret Baier” that President Obama's decision to skip a rally in Paris in the wake of mass shootings there underscores what he thinks is the administration's lackadaisical attitude on terrorist activity.

"I think that that ideological climate was one of the things that probably contributed to why they misread this moment so terribly," the National Review editor said.

More than 40 world leaders traveled to France over the weekend to march in a large unity rally after gunmen killed dozens of people in an attack on the Charlie Hebdo magazine offices, as well as in hostage standoffs.  British Prime Minister David Cameron, German Chancellor Angela Merkel, and Israeli Prime Minister Benjamin Netanyahu were among the leaders who attended.  The United States sent only Jane Hartley, the US ambassador to France, as its representative.

Goldberg said the decision not to send a high-profile US leader to the march is part of a pattern of the administration's approach to combating terrorism.

"It fits into a pattern that this president and this White House has an ideological rule, that has gone forth, that says, 'we are never going to overreact to terrorism. We're never going to make a big deal about the war on terror if we don't absolutely have to. We always say it's a lone wolf, an isolated incident, until it's way too late.'"

Goldberg, however, also suggested another underlying reason for what he said was a serious political oversight.

"I think you can never rule out incompetence as an explanation for anything in Washington," he said.