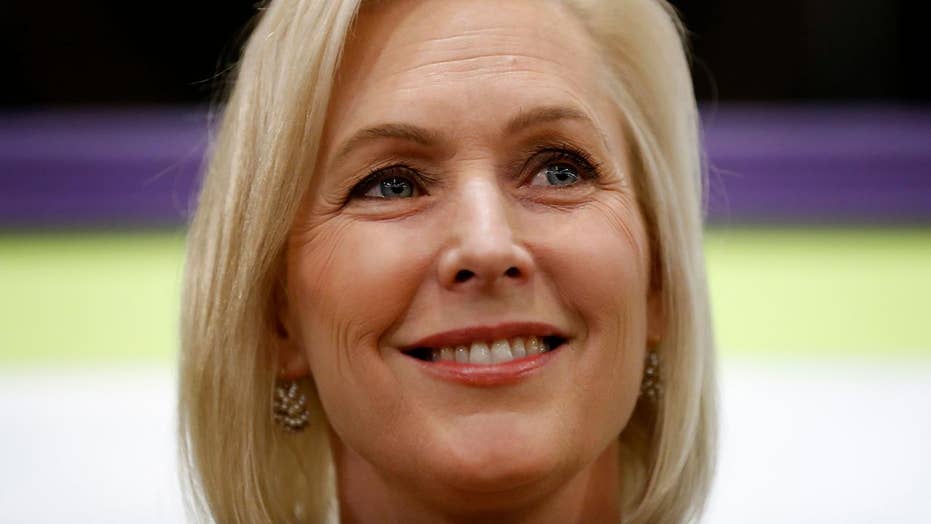 U.S. Sen. Kirsten Gillibrand, D-N.Y., a 2020 presidential candidate who has been a champion of the #MeToo movement against sexual misconduct, struggled Tuesday to weigh in on the allegations made against former Vice President Joe Biden -- a potential rival in the race for their party's nomination.

Biden is “going to have to address directly to the American people” why he's been accused recently of having inappropriately touched at least four women in the past, Gillibrand told “Hardball” host Chris Matthews on MSNBC.

“These individuals feel demeaned and that’s not OK,” Gillibrand said, referring to Biden's accusers. “There’s a conversation happening in this country and it is about 'Do we value women?' And when we allow this space for women to come forward, to tell their truth, to tell what they’ve experienced, you not only receive them and believe them so that you can then investigate them."

GILLIBRAND THE FIRST 2020 DEMOCRAT TO UNVEIL 2018 TAX RETURNS; SEE WHAT SHE MADE

Matthews then sought a more bottom-line answer about Biden from Gillibrand, 52, who has served in the Senate since 2009 after previously serving one term in the House.

“You know what I’m trying to do here, to get an answer on this very tough question: Is he a fit man to be the nominee for the Democratic Party? Is he fit for the office?” Matthews asked.

“I think it’s an issue he will have to address with voters and the voters will have to decide,” Gillibrand responded.

The answer appeared to contrast sharply with Gillibrand's December 2017 Facebook post, in which she called for the resignation of Democratic colleague Sen. Al Franken, D-Minn, whom eight women had accused of sexual misconduct.

"While Senator Franken is entitled to have the Ethics Committee conclude its review, I believe it would be better for our country if he sent a clear message that any kind of mistreatment of women in our society isn’t acceptable by stepping aside to let someone else serve," Gillibrand wrote then.

Gillibrand, who is currently averaging less than 1 percent in the polls according to Real Clear Politics, refused to urge Biden not to run.