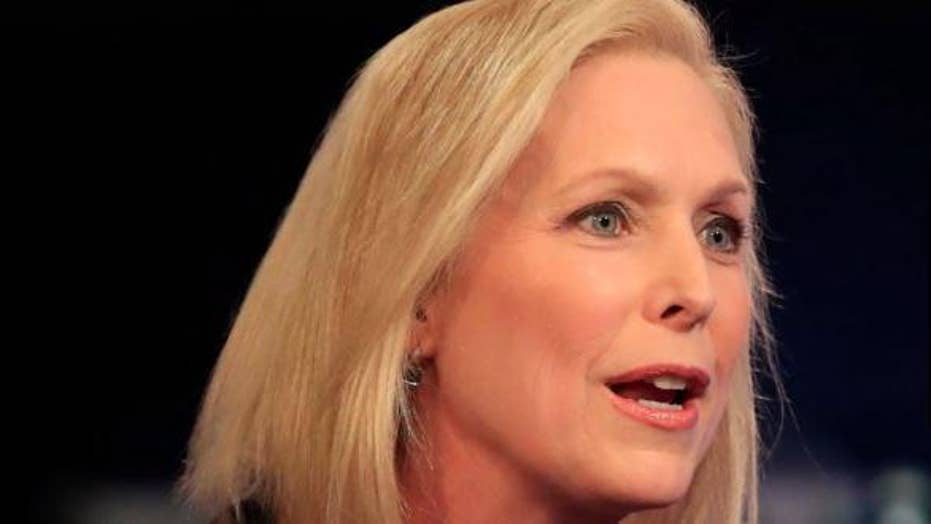 What to know about 2020 presidential nominee Senator Kirsten Gillibrand (D-NY), including the policies she advocates and the issues that could make her vulnerable.

Sen. Kirsten Gillibrand of New York disclosed her 2018 tax returns on Wednesday and urged her rivals for the Democratic presidential nomination to follow in her footsteps.

“Join me in calling on every presidential candidate to disclose their taxes. This is what transparency and accountability is all about,” Gillibrand said in a video as she challenged the rest of the Democratic 2020 contenders to make their returns public.

Gillibrand – the first 2020 presidential candidate to unveil her 2018 returns – reported an adjusted gross income last year of just over $214,000, with nearly $168,000 coming from her Senate salary and most of the remainder from her book deal.

Her campaign touted that Gillibrand’s now released 12 years of tax returns – available online – dating back to her first year in Congress in 2007.

“Since my first day in the House, I have prioritized transparency and accountability,” Gillibrand spotlighted.

“For public servants, releasing your tax returns shows the American people that you work only for them, not the powerful,” she added, in an apparent jab at Republican President Donald Trump.

Democrats have repeatedly slammed Trump for refusing to release his tax returns. In the 2016 campaign, he became the first major party presidential nominee in decades to not release his taxes. Trump claimed he was under an Internal Revenue Service audit.

The president’s continued refusal to unveil his returns has fueled criticism that he’s hiding assets in order to avoid charges of conflicts of interest.

Presidential candidate Sen. Elizabeth Warren highlighted that she’s released the past decade of her tax returns and like Gillibrand, has urged the other candidates to do likewise.

But the Massachusetts Democrat has yet to release her 2018 returns.

The Warren campaign told Fox News that the candidate has not yet filed her 2018 returns, “but we will release them as well.”

Another White House contender, Sen. Bernie Sanders, has promised to release 10 years of his tax returns, but has yet to follow through.

The independent senator from Vermont recently called the hold up “a mechanical issue” and promised to make the returns public “soon.”