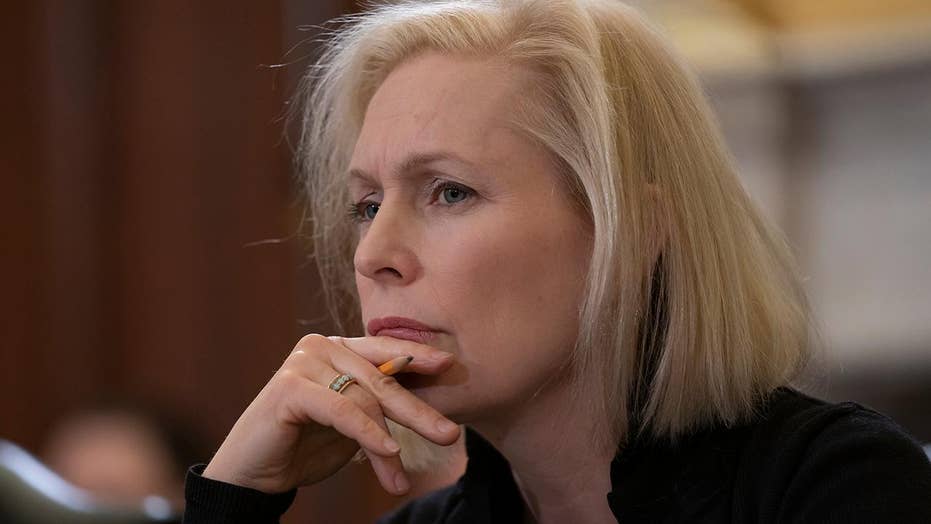 2020 presidential hopeful and #MeToo advocate Sen. Kristen Gillibrand speaks out after an aide in her office resigns over the handling of her sexual misconduct claim; Mike Emanuel reports.

She’s making the fight against sexual assault and harassment a key component of her Democratic presidential campaign.

But now Sen. Kirsten Gillibrand of New York – one of the most vocal advocates of the #MeToo movement who also led the charge in calling for fellow Democratic Sen. Al Franken of Minnesota to resign – is dealing with a harassment issue in her own Senate office.

Last summer, a female aide in her mid-20’s who was working in Gillibrand’s office resigned in protest as she criticized the office’s handling of her sexual harassment complaint against a senior male adviser to the senator.

“These are challenges that affect all of our nation’s workplaces, including mine, and the question is whether or not they are taken seriously,” Gillibrand said in a statement Monday morning, after the news was reported by Politico.

“As I have long said, when allegations are made in the workplace, we must believe women so that serious investigations can actually take place, we can learn the facts, and there can be appropriate accountability. That’s exactly what happened at every step of this case last year,” the senator explained. “I told her that we loved her at the time and the same is true today.”

The female staffer alleged that the male aide – who was a decade older than her and married – made repeated unwelcome advances and crude, misogynistic comments.

The woman – who was granted anonymity because of fears of retaliation – resigned less than three weeks after reporting the alleged harassment.

“I have offered my resignation because of how poorly the investigation and post-investigation was handled,” the woman wrote to Gillibrand in a letter obtained by Politico.

In the letter, the woman urged that the senator “draw a line in the sand and say none of it is O.K. None of it is acceptable. Your office chose to go against your public belief that women shouldn’t accept sexual harassment in any form and portrayed my experience as a misinterpretation instead of what it actually was: harassment and ultimately, intimidation.”

In a statement obtained by Fox News, Gillibrand Senate office communications director Whitney Mitchell said that “at every step of the process, immediate action was taken by the office. The previous allegations in question were investigated in consultation with Senate Employment Counsel, and included multiple interviews with relevant current employees who could potentially corroborate the claims. A full and thorough investigation into the evidence revealed employee misconduct that, while inappropriate, did not meet the standard for sexual harassment.”

Mitchell added that “the office did find unprofessional behavior that violated office policy, including derogatory comments, the office took strong disciplinary action against the employee in question and he was given a final warning.”

But Mitchell explained that the senior aide – Abbas Malik – was terminated last week after “we learned of never-before reported and deeply troubling comments allegedly made by this same individual.”

She said the Senate office “immediately began another investigation and interviewed relevant witnesses, which has led to the office terminating the employee from staff last week.”

The episode hits home for Gillibrand, who’s long been a leader in the fight against sexual harassment. Even before the start of the #MeToo movement, the senator was holding high-profile hearings on rape in the military and battling on behalf of survivors of sexual assaults on college campuses.

She was the first Democratic senator in 2017 to call for Franken to resign after he faced multiple allegations that he had in the past forcibly kissed and touched women. And she ignited a firestorm that same year when she suggested that Bill Clinton should have resigned the presidency during the scandal over his affair with White House intern Monica Lewinsky.